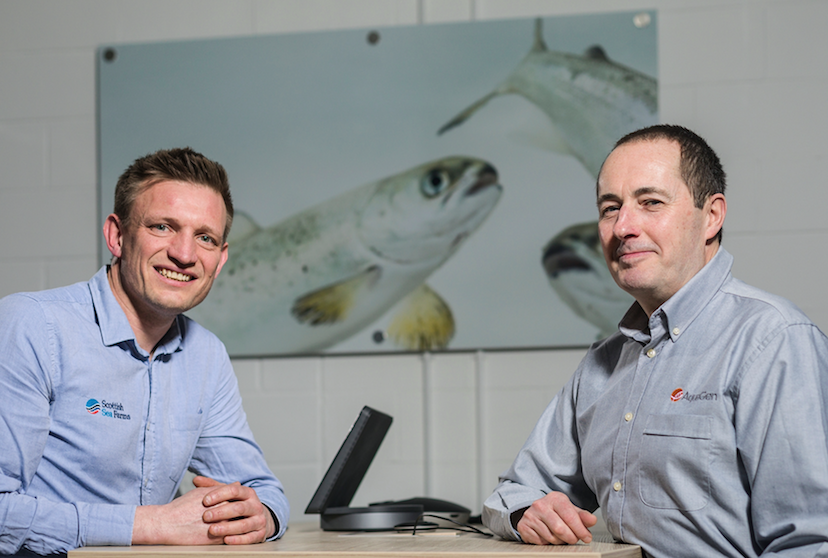 AquaGen, the salmon breeder and supplier of eggs, is acquiring Scottish Sea Farms’ freshwater hatchery near Dumfries as part of a long-term strategic investment aimed at further improving fish welfare in Scotland.

The acquisition follows a successful trial production of eggs under licence in the Autumn and will enable the Norway-owned company to offer Scotland’s salmon farmers a reliable supply of eggs from locally farmed AquaGen broodstock, increasing food security.

It will also help with a targeted breeding programme to identify the genetic and biological traits most suited to performing well in Scottish farming conditions, resulting in robust fish stocks and a high quality product for market.

AquaGen AS chief executive Nina Santi said: “We are committed to providing our customers in Scotland with a secure supply of eggs and this latest investment opens up the possibility of us supplying these eggs from locally-grown broodstock.

“We’re planning a series of upgrades to the existing facilities at Holywood, using Scottish suppliers as much as possible, then we will go into full production later this year. Deliveries will be from November to June initially; longer-term we hope to extend to year-round production of up to 50 million eggs annually.”

Overseeing production and research will be AquaGen Scotland which was set up in 2017, headquartered at Stirling University Innovation Park. The team has since expanded from two to eight; four of whom are based full-time at Holywood with a further two roles to be created at the hatchery as production develops.

Scottish Sea Farms’ Head of Fish Health Ralph Bickerdike said: “This is a hugely promising development for Scotland’s salmon farmers, bringing world-leading breeding expertise and technologies to bear on home-grown broodstock so that their offspring can be adapted to specifically suit the Scottish marine environment. This, in turn, will bring a whole host of further improvements in terms of fish welfare and product quality.”