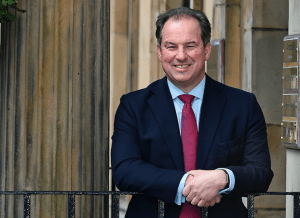 Archangels, the Scottish angel investor group specialising in early stage technology and life sciences companies, has welcomed Tim Allan to the board.

Mr Allan, pictured, succeeds Alastair Salvesen, whose retirement after 10 years is being announced at the investment syndicate’s annual “Chorus” event for investors and investee companies..

Mr Allan has a network of contacts across business and public policy and is currently serves as president of the Scottish Chambers of Commerce. He is a private equity and property entrepreneur with many philanthropic interests. He is a founder and director of Motor Fuel Group, the second largest independent fuel retailer in the UK with more than 370 stations and annual turnover of £2bn.

Mr Allan has been an Archangels member since 2017 and has actively contributed to the syndicate’s new deals committee during the past year. 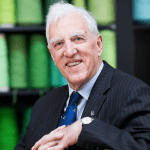 Mr Salvesen, pictured, is a long term Archangels investor and joined the board in 2009. He is a chartered accountant and chairman at Dawnfresh Seafoods and Dovecot Studios. He is a past president of the Royal Highland and Agricultural Society of Scotland and the British Frozen Food Federation. Mr Salvesen is also a director of several other companies.

Eric Young, chairman of Archangels, said: “It is hard to imagine an Archangels board meeting without Alastair in attendance and I know I speak for everyone within our syndicate when I say that we shall miss his wise counsel, his incisive analysis and his quick wit.

“Tim’s knowledge of the technology sector and his significant experience of the policy-making agenda will be invaluable for the Archangels board, most specifically as Scotland approaches the establishment of the Scottish National Investment Bank, which is set to become a major influence on business innovation and investment when it is launched in 2020.”