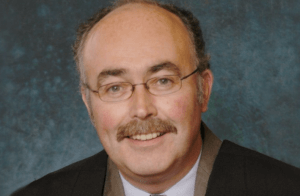 A breakthrough in renewables technology could see Scotland develop a new source of energy supply with huge export potential.

Scientists in Australia have found a way to store and export low-cost ammonia, turned into hydrogen, which is becoming a key green energy source.

Along with reduced energy costs, improved air and water quality, other advantages include the ability for Scotland to be self-sufficient in creating enough low-cost energy to exceed the amount of oil and gas produced from the North Sea. It could lead to Scotland supplying a supergrid in partnership with a consortium of global energy majors.

If hydrogen became central to the national economy then remote, rural and regional areas of Scotland would be able to generate and export electricity and ammonia on a large scale. This would enable the country to significantly increase the manufacture of food products, technology and IT-based services to the scale of global corporate enterprises, and increase its exports of medicine and healthcare services, education and training services.

Professor MacDonald, who is co-founder of the HIAlba-IDEA think tank in the Highlands along with the mathematician, scientist and engineer Dr Donald MacRae, said: “This new technology could be a game changer for the Scottish economy in many ways, not least in moving us to a high productivity, high value economy with all that implies for the provision of well-paid jobs and the provision of public services.

“I believe it is critically important that Scotland becomes a first mover in this new technology and its application so that it can capture the wider knowledge and finance related aspects.”

Bank of England poised to hike interest rate to 0.5%