Probe launched after ice damage to cars on Crossing 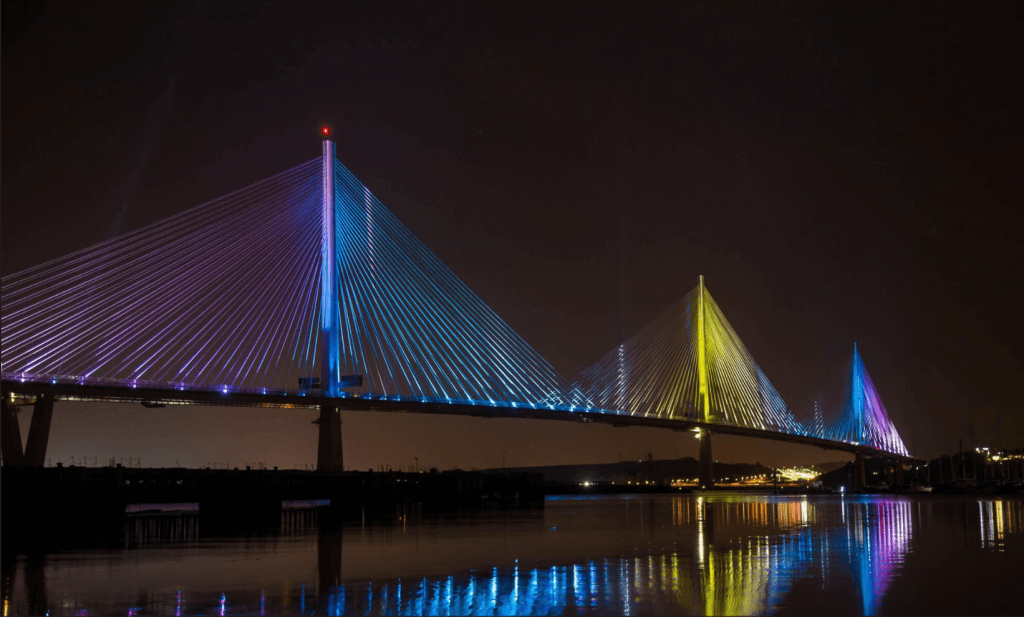 Motorists could face a new threat of delays on the Queensferry Crossing after three cars had their windscreens smashed by ice falling from the new £1 billion bridge.

Engineers are investing the incidents which happened on 16 March, according to Transport Scotland which the danger on similar structures.

A spokesman told The Scotsman: “We are aware of three reports of damage seemingly caused by falling ice on 16 March. These incidents are being looked into.

“We are aware this is an issue that, in certain weather ­conditions, has occasionally affected other structures across the UK.

“In previous years, the Forth Road Bridge was briefly closed to traffic to allow for ice to be cleared from the cables, without any significant traffic impact.

The crossing, which opened in 2017, carries more than 70,000 vehicles a day. Wind shielding was introduced on the bridge to avoid closing it during high winds, a problem which blighted the Forth Road Bridge.