At least five outlets to close

Paperchase seeking to reduce rents to save stores 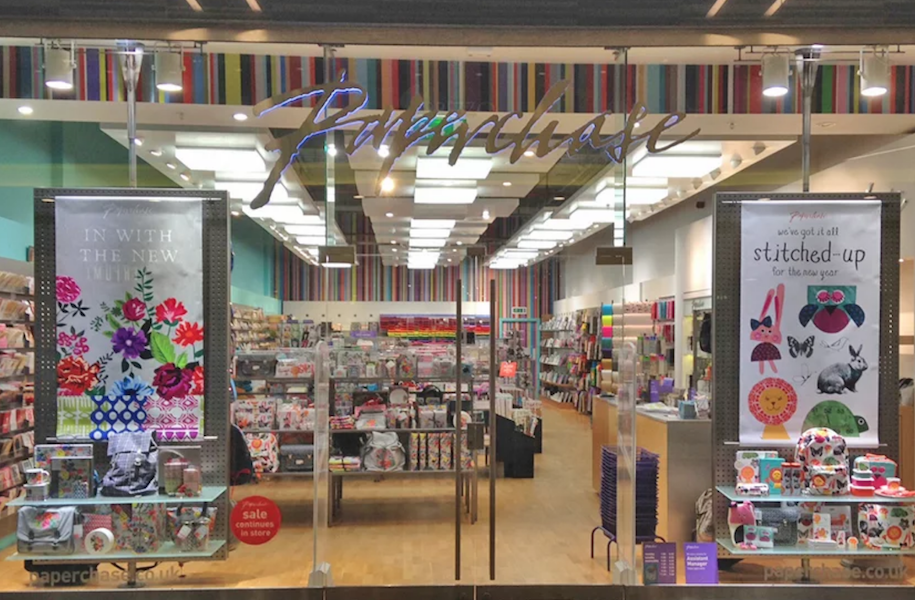 High Street stationery chain Paperchase is looking to renegotiate terms with its creditors through a company voluntary agreement. The CVA follows the firm’s appointment of advisers in January.

Paperchase says it has had a “period of productive consultation with its landlords” over reducing rents and has proposed an “innovative structure whereby  rents will be linked to the turnover of the stores.

The company has confirmed that five stores of about 145 will close while 28 may be at risk pending the outcome of negotiations. Paperchase employs 1,750 staff across its stores and head office.

Duncan Gibson, chief executive, said: “We have decided to take decisive action now to ensure we’re able to succeed in the future”.

Will Wright, restructuring partner at KPMG, which is advising Paperchase, said the chain was suffering the familiar problems of reduced footfall, increased rents and higher business rates, together with sterling depreciation.

Our story from 16 January

He said the proposed restructuring package would let the company “rationalise its store portfolio by exiting stores that are unprofitable, secure rent reductions where stores are over-rented and implement turnover rents to reflect the highly seasonal nature of the business.”

Paperchase has already worked with its lenders to enable new investment to be raised, although this further funding investment is conditional on the the CVA being approved.

KPMG said a detailed proposal document would be made available to creditors, with a vote taking place on 22 March.

Retail sales increased by 0.5% in February, against an increase of 1.6% in February 2018. This was below both the 3-month and 12-month averages of 0.9% and 1.2% respectively, according to the British Retail Consortium.

Helen Dickinson, chief executive at the BRC, said:  “Uncertainty surrounding the UK’s imminent exit from the European Union has hit consumer spending. While real incomes have started to rise over the past year, shoppers have been reluctant to spend this February, holding back growth. This slowdown was not limited to physical stores, with growth in online non-food sales well below the twelve month average.

“With consumers increasingly aware of the risk of a no deal Brexit, it is likely that uncertainty has driven this cautious approach to retail spending. If government wishes to reassure both the public and businesses, they should ensure a chaotic no deal – which would lead to higher costs, higher prices, and less choice for consumers – is taken off the table with immediate effect.”

Paul Martin, UK head of retail at KPMG, said: “Following a modest recovery in January, February saw a slowdown in sales. While consumer spending has so far remained relatively resilient, driven by factors such as low unemployment and wage growth, it would seem that continuing political and economic uncertainties are beginning to notably affect shoppers’ spending habits.

“Across all categories there was sluggish growth, and the milder weather appears to have shifted the focus away from indoors with furniture sales declining – and not even Valentine’s Day could boost sales in the stationery category.

“However, the full impact of the recent unseasonably warm weather is yet to be seen, especially for the clothing categories, and online sales growth remained steady.

“Non-food continues to be under more pressure than grocery, with shoppers focusing on the essentials. To manage these dynamics, retailers have to continue managing cost and margin and carefully assess how to gain market share in a broadly flat market.”