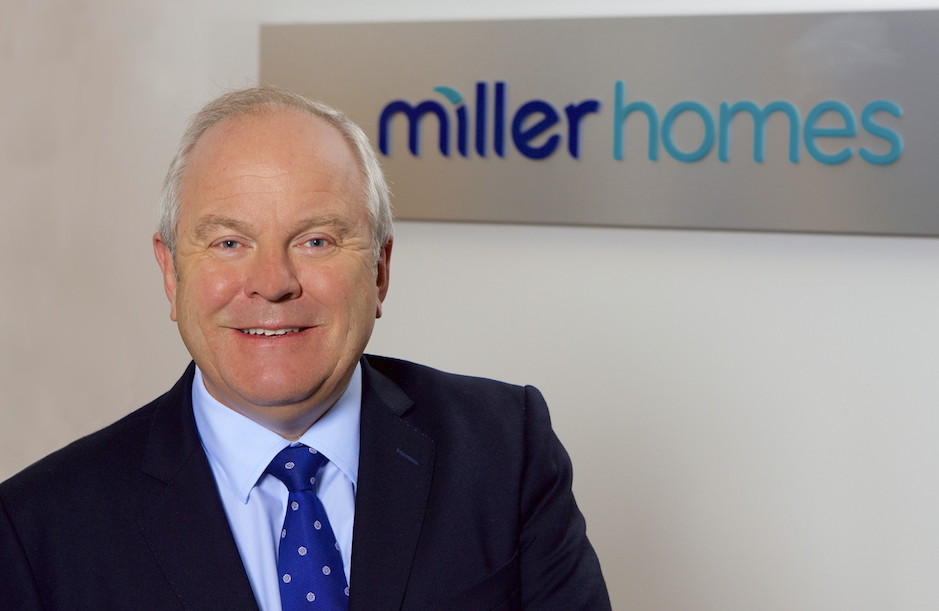 Chris Endsor: confidence in the market

Miller Homes has reported a 15% increase in annual operating profit to £151.1 million (£131.1m), enabling the Edinburgh-based company to achieve an operating margin of 20% for the first time and ahead of plan.

“We continue to have confidence in the resilience of the UK regional housing markets in which we operate and remain committed to our strategy of growing volumes incrementally to 4,000 units,” said Mr Endsor.

“Market conditions were strong in 2018 which is testament to the resilience of the market particularly as uncertainty surrounding the shape of the country’s exit from the EU increased during the year.

“Demand in our regional markets continued to be supported by high employment levels, increases in real wages for the first time in two years and a mortgage market with both low rates and an increased number of higher loan to value mortgages.

“Like most sectors, housebuilding is not immune to Brexit headwinds but it is re-assuring to note how the sector and our business has performed thus far in spite of the daily speculation surrounding the nature of the UK’s departure from the EU.”