Leadership on the line

May to update ministers as Cabinet tension mounts 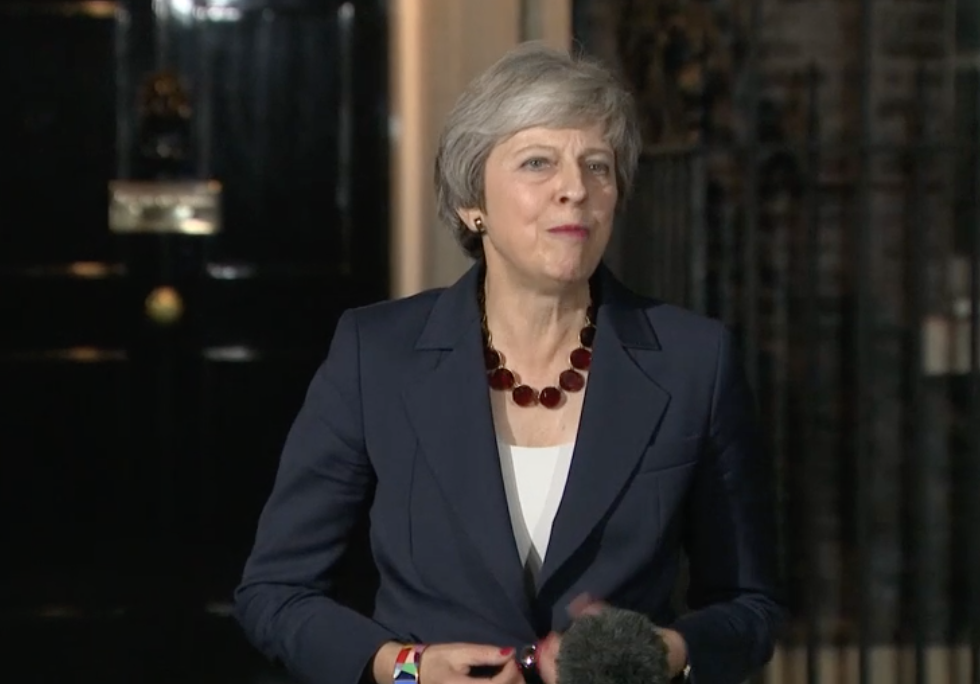 Theresa May is fighting to stay in Downing Street

Prime Minister Theresa May will update ministers on her Brexit strategy today as she fights to retain her grip on power ahead of another crucial week in the Brexit process.

The meeting follows a weekend of speculation of a plot to replace her – denied by her Cabinet colleagues – and a gathering at Chequers where she briefed party members, including hardline Brexiteers such as Boris Johnson and Jacob Rees-Mogg.

Chancellor Philip Hammond said “one way or another” MPs would be given the opportunity this week to decide what it is in favour of, though he would not confirm whether Tories would be given a free vote on the options.

There were few indications that the Chequers meeting achieved any progress. Boris Johnson has described some of the suggested options – including a Norway-style close relationship with the EU – as “catastrophic”.

Mrs May could bring her withdrawal deal back for the so-called third meaningful vote on Tuesday. But the government says it will not do s unless it is sure it has enough support to win. It is among a full week of Brexit votes.

This evening MPs will vote on an amendment that could see Parliament strip control from the UK government and take charge of the agenda on a series of historic Brexit votes.

However, speaking in a television interview, Mrs May’s Brexit Secretary Stephen Barclay said the votes “would not be binding”.

SNP Leader at Westminster Ian Blackford MP said: “It would be an assault on democracy if Theresa May chooses to ignore the will of Parliament on this week’s Brexit votes. The Prime Minister has completely lost control of the government, her own MPs and this Brexit process. It’s time for Parliament to take charge and put an end to this shambles.

“From the very start of this Brexit process, Theresa May has chosen to ignore Scotland, ignore the will of Parliament and ignore the voices of millions of people who deserve to have their say on this country’s future.

“Whether under Theresa May’s deal, or a No-Deal, Brexit will devastate jobs, businesses and livelihoods across the UK. It’s time to hit pause and put the decision back to the people – with the option to Remain on the ballot paper.”