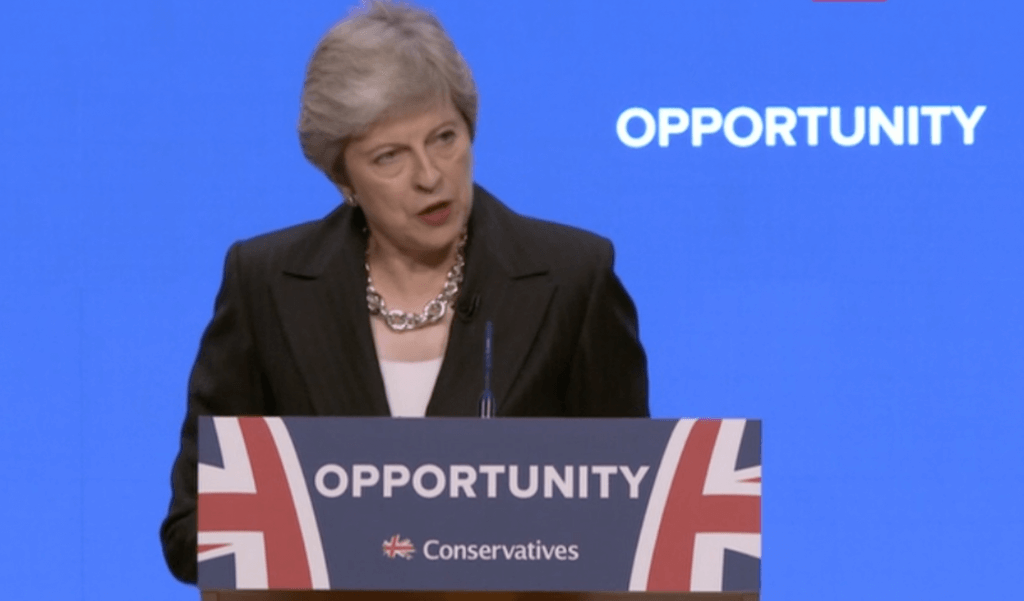 Theresa May is offering a range of new rights for workers after Britain leaves the European Union, including greater protection for parents and carers.

Parliament will have the right through the Withdrawal Agreement Bill to vote on whether to accept EU laws in such areas as health and safety.

But the package of measures has been described by Labour as an attempt to bribe workers and thereby put pressure on Labour MPs to back the Prime Minister’s Brexit deal.

The government says the plans are the largest upgrade to workers’ rights in a generation and follow recommendations in Matthew Taylor’s Review. There is already a commitment not to reduce the standards of workers’ rights from EU laws retained in UK law.

This new process will start with the Work Life Balance Directive and the Transparent and Predictable Working Conditions Directive. The Government has backed both in the European Council and will ask Parliament if it wants to adopt them.

The Work Life Balance Directive introduces new rights for parents and carers, such as two months of paid leave for each parent up until the child is eight and also five days of leave for those caring for sick relatives.

The Transparent and Predictable Working Conditions Directive will set the terms of employment for workers by their first working day and provides more stability for those who work shifts.

Mrs May said: “We have as a country led the way in workers’ rights while maintaining a flexible labour market. After Brexit it should be for Parliament to decide what rules are most appropriate, rather than automatically accepting EU changes.”

Business Secretary Greg Clark said: “While the EU sets minimum requirements in many areas of workers’ rights, time and again the UK has led the way and chosen to exceed them.”

Proposals include bringing a range of enforcement bodies under one roof. Currently, HMRC enforces the national minimum and living wages; the Gangmasters and Labour Abuse Authority investigates reports of exploitation and illegal activity in the workplace; and the Employment Agency Standards Inspectorate protects the rights of agency workers.

Proposals for a single labour market enforcement body will be brought forward in the coming months. It would have the power, for example, to enforce holiday payments for vulnerable workers and ensure agency workers are not underpaid. It would also have a duty to consult unions and employment unions on its work.

The government claims to have been active in improving workers’ rights.

As Minister for Women and Equalities, Mrs May introduced parental leave, something no EU regulation provides for. As Home Secretary, she brought the Gangmasters Licensing Authority into the Home Office, aligning it with the National Crime Agency so that bosses who exploited workers could be more easily identified and prosecuted.

In December 2018, Business Secretary Greg Clark announced an end to a legal loophole that enables some firms to pay agency workers less than permanent staff.

In January, the Government set out further proposals to protect pregnant women and new parents returning to work. This move goes further than current EU requirements on maternity entitlements and parental leave.

Rebecca Long Bailey, Shadow Business Secretary, was unimpressed, saying: “Hot on the heels of their pathetic bribe for left behind towns, here comes the government’s attempt to bribe workers to back their botched Brexit deal.

“Instead of automatically keeping up with European workers’ rights, and using that as a floor as Labour has pledged, the government is admitting that British workers could see their rights fall behind those of colleagues in Europe. This is utterly unacceptable and workers and trade unions will not be fooled.”

Paul Nowak, deputy general secretary of the TUC, said: “We would have liked to have seen an absolute cast iron commitment that workers’ rights will not only be protected the day after we leave the European Union but will improve in-line with rights in Europe.

“What the proposals at the moment do is just say that the government will have to consider improvements in rights, not actually implement those improvements.”

“Most good progressive businesses don’t want to see Britain go down the low-road approach to employment. We’ve already got a problem in this country with insecure employment.”

Dr Adam Marshall, director general of the British Chambers of Commerce, was generally supportive of the measures, He said:  “It is positive that the government is committing to work closely with businesses and civil society on any future changes to UK employment and health and safety laws.

“Businesses will welcome moves to strengthen enforcement measures against the tiny minority of employers out there who wilfully violate the law of the land to undercut their competitors.”