As a million march through London

May facing Cabinet coup to oust her from Number 10 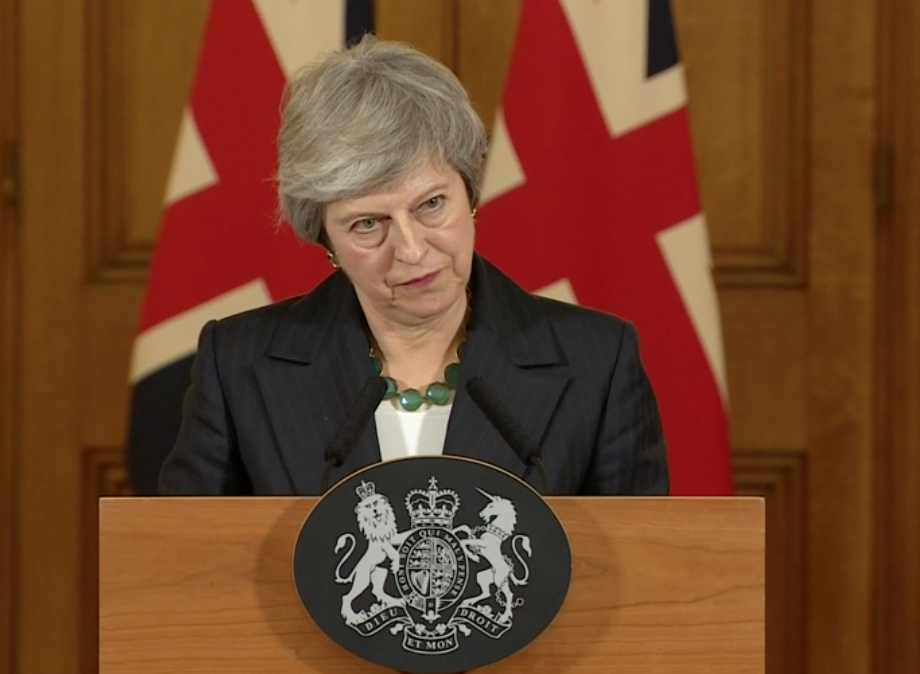 Prime Minister Theresa May is facing a full-blown cabinet revolt with up to 11 ministers wanting her to resign, according to a media report.

One is said to be predicting that Mrs May will be forced to resign within 10 days, with Cabinet Office minister David Lidington, Environment Secretary Michael Gove or Foreign Secretary Jeremy Hunt likely to replace her.

Mrs May has angered MPs across the Commons for failing to negotiate any substantial changes to her Withdrawal agreement and then blaming them for the Brexit mess. The growing sense of frustration and dismay at her unwillingness to change course has now led to a loss of confidence among her own ministers.

A full blown cabinet coup is now under way to remove Theresa May as prime minister, The Sunday Times is reporting.

One cabinet minister is quoted as saying: “The end is nigh. She will be gone in 10 days.” 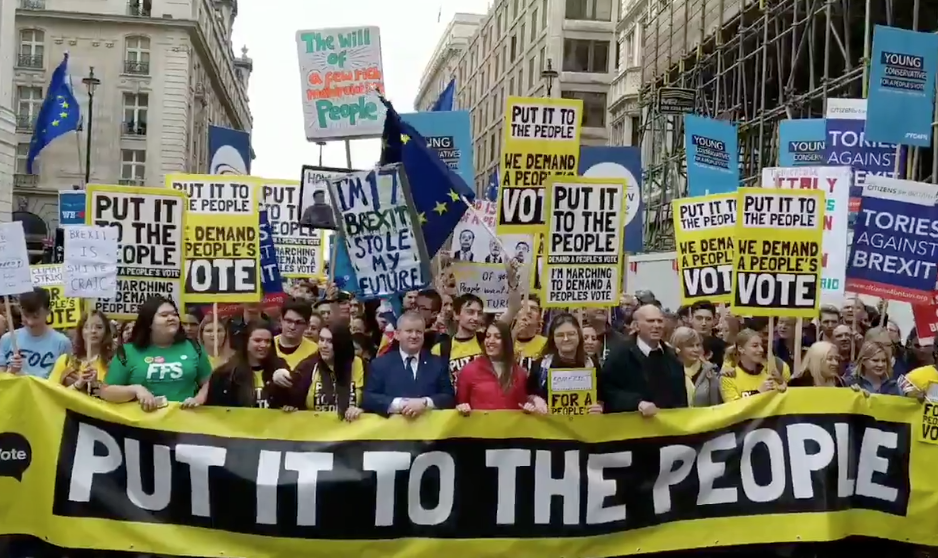 The latest developments in Downing Street come as an estimated one million marchers swarmed through central London calling for another EU referendum, leaving the government feeling under intense pressure to find a way out of the Brexit impasse.

On Thursday, European leaders agreed to delay the UK’s departure from the EU, but there is little sign of a breakthrough in a deeply-divided Commons.