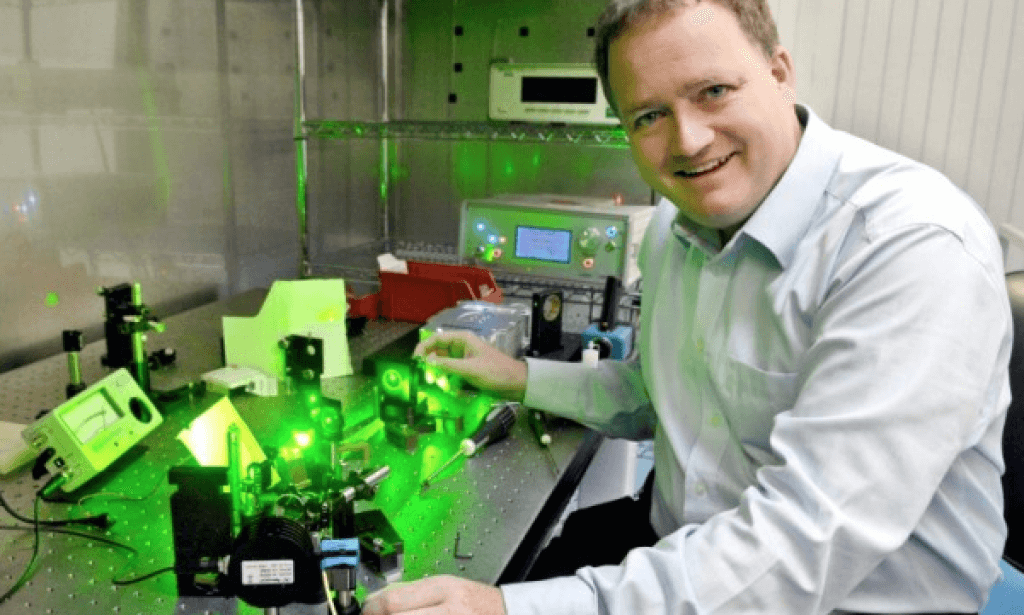 Graeme Malcolm: looking forward to working with a new network of tech companies

M Squared Lasers has been named among 24 companies to watch by Tech Nation, which today reveals the 2019 cohort of Future Fifty 7.0 programme. Fintech features heavily in 2019 cohort, accounting for 10 of 24 companies chosen, including Monzo and Starling Bank.

Launched in 2013 to champion and support British technology businesses as they scale up their operations nationally and internationally, Future Fifty alumni include Deliveroo, Farfetch, Edinburgh-based Skyscanner and Transferwise. Those who have joined the programme have raised more than $8bn from VCs and capital markets in the past five years.

Each company chosen for the 2019 cohort will benefit from access to a powerful peer network, a tailored programme of masterclasses to help take businesses to the next level, and direct contact to senior decision-makers in Government.

The programme extends over 24 months, and the 24 companies coming on board this year will be joining 26 businesses from the 2018 cohort.

“Collaboration has always been at the heart of science and part of M Squared’s DNA, and we look forward to working with a new network of tech companies for the betterment of society.”

Today’s announcement comes as the UK records another bumper year for VC investment – attracting $7.9bn in funding in 2018 – and closes the gap on the US for exits of venture-backed companies, according to the latest data from Tech Nation/Dealroom. UK sales, IPOs and mergers were worth $40bn, putting it ahead of every other European country.

The UK continues to be the most attractive destination in Europe for venture capital, attracting 1.8 times more investment in 2018 than France, and 1.6 times more than Germany. Over the last five years, it has been the biggest source of successful company exits in Europe, with sales and IPOs worth $119bn.

Among the bigger deals was last October’s acquisition of a majority stake in fintech company FNZ, which relocated its corporate HQ to Edinburgh. The deal, which valued the company at £1.65bn, was led by Al Gore’s Generation Investment Management alongside Canadian pension fund Caisse de Depot et Placement du Quebec.

The Future Fifty 7.0 businesses reflects key trends in UK technology sectors. Fintech – currently attracting high levels of investment – is an especially strong presence, with 10 out of 24 on the list offering technology-driven financial services. Other sectors represented include: Hardware & Internet of Things, Cyber Security, Software as a Service, Digital Media, Marketing & Adtech, Data Analytics, Ecommerce, and Healthcare. Around 60% of the ventures target B2B sales.

Since its launch, 127 businesses have taken part in the Future Fifty programme which has an enviable track record of helping young and new entrepreneurs fulfil their ambitions. In this years cohort 72% of founders taking part have been first-time entrepreneurs.