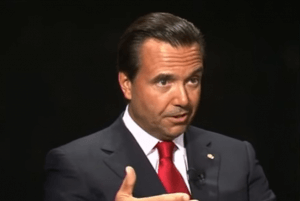 Lloyds Banking Group chief executive Antonio Horta-Osorio has forfeited his lucrative final salary pension after it emerged he was the only employee entitled to the perk.

He oversaw withdrawal of final salary schemes for the bank’s staff in 2014 but retained his own package after leaving Santander’s scheme in 2011.

Lloyds Banking Group, which includes Bank of Scotland, said the decision was entirely Mr Horta-Osorio’s and the change will take effect immediately, but the issue threatens to overshadow Lloyds’ annual general meeting on 16 May.

The Investment Association has called for companies to tackle what are regarded as excessive pensions for executives.

In a statement Lloyds said the change is “in line with the Investment Association guidelines for a gradual reduction in pension allowances for current executives”.

A Lloyds staff group called Affinity had written to the Investment Association saying that Mr Horta-Osorio’s pension arrangements had been “of massive discontent”.

Lloyds staff who are members of the defined benefit scheme had their pensionable pay capped in 2014. The bank said that at that time Mr Horta-Osorio had a capped base salary of £1.22m, which was used to determine his benefits.

Earlier this month Mr Horta-Osorio had his pension contributions cut from 46% to 33% of his £6.3m salary. The contribution is still more than double the 13% most Lloyds staff can receive.