System would be 'more complex' 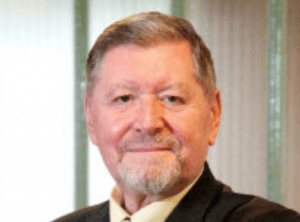 A panel of government-appointed advisers on the new planning system are close to withdrawing their support for the controversial bill currently in parliament.

In a letter to Kevin Stewart, the Planning Minister, Crawford Beveridge (pictured), Petra Biberbach and John Hamilton, say the Planning (Scotland) bill is “dangerously close to creating a system that is more complex than before.”

They say it is more remote and in danger of losing the spirit of the original review recommendations, placing “a range of additional burdens upon local authorities and the Scottish Government, as well as those working in Scotland’s private and third sectors.”

It is now estimated that the Bill adds 91 additional burdens to the current planning system (66 on Local Authorities and 25 on the Scottish Government).

Their comments follow concerns expressed by Miller Mathieson, chairman of the Scottish Property Federation (SPF), who last week called for a rethink after stating the current proposals were “unworkable”.

Derek Mackay, the Finance and Economy Secretary, admitted at the SPF conference that the bill was “not fit for purpose”.

EFFECTIVENESS OF THE PLANNING (SCOTLAND) BILL

As the original authors of Empowering planning to deliver great places: An independent review of the Scottish planning system we are writing to express our concern about the current condition of the Planning (Scotland) Bill which is currently making its way through the Scottish Parliament’s legislative processes.

The independent review of the Scottish planning system which was commissioned by Scottish Ministers in September 2015 tasked us with undertaking a root & branch review and encouraged us to explore game-changing ideas for radical reform of the system.

In its 2015 Programme for Government, the Scottish Government committed to a review that would look at wide-ranging issues affecting the planning system, including how planning is resourced and how we can streamline and improve our system in Scotland. One of the particular aims of the review was to increase delivery of high-quality housing developments, by delivering a quicker, more accessible and efficient process.    The panel also envisaged a planning system that would enable communities to readily and meaningfully engage in decision-making, that would rationalise a complex system and one that would be properly resourced to deliver on this. As such, the review was conducted in the spirit of delivering an efficient, inclusive and more simplified planning system.

In May 2016, the panel concluded its review and published Empowering Planning to Deliver Great Places. The report set out 48 recommendations across six themes. Public discussion at the time indicated widespread general support for the recommendations of the review.

It is now apparent that the likely impact of recent amendments introduced during Stage Two proceedings will lead to significant departures from our original recommendations and that these will place a range of additional burdens upon local authorities and the Scottish Government, as well as those working in Scotland’s private and third sectors.  Indeed, it is estimated by the RTPI that the Bill adds 91 additional burdens to the current planning system (66 on Local Authorities and 25 on the Scottish Government).

Accordingly, despite the well-focussed objectives of the Review Panel, at its current stage in the legislative process the Planning (Scotland) Bill finds itself dangerously close to creating a system that is more complex than before, more remote and in danger of losing the spirit of the original review recommendations.

We feel that without swift intervention from the Scottish Government Scotland is at risk of being left with a planning system that operates in ways directly counter to the key principles of simplification, efficiency and effective place-making that we placed at the heart of our review’s conclusions in 2016.

Whilst we remain encouraged that several positive aspects of the Bill envisaged by our review remain on course for delivery, such as the creation of local place plans or the desire to involve young people on planning issues, there remain fundamental flaws which make it difficult for us, as members of the original independent review of planning, to support the draft legislation in the form that is now being proposed.

Notwithstanding the fact that MSPs approaching the bill at Stage Two have clearly had varying and sometimes wholly opposing views of the bill’s purpose, we are hopeful that practical steps might be taken to ensure that this vital legislation has the once-in-a-generation positive impact on our planning system that was originally foreseen.

In light of the concerns articulated in summary above, we are writing to you to request an early meeting to discuss how the Bill can be brought to a state which more closely mirrors the recommendations and outcomes advocated by the independent review of planning in 2016.

We look forward to hearing from you at your earliest convenience.