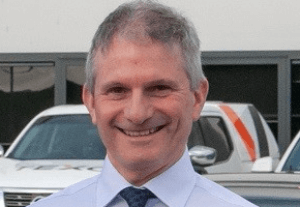 Texo Group, the technology and engineering services company, has appointed Major General Martin Smith to its main board as a non-executive adviser.

John Wood, chief operating officer at Texo, said: “It is both a personal and professional honour to have someone of Martin’s prominence and experience join our advisory board.

“As a former Royal Marines Commando myself, I know first-hand the importance of leadership and experience and Martin, as his superlative military career proves, has these in abundance.”

Mr Wood added: “Martin will bring a new dimension to our board, providing counsel and support to help us move forward in this high growth stage in our development.”

Major General Smith retired from the military in 2017 and is currently operations director of cyber security specialists Cyber Prism Maritime.

He said: “I relish my new role with Texo; it is an exciting time to be involved with the business. From a standing start it has grown rapidly and has become one of the most dynamic technology and engineering groups in the UK.”