Eight aspirational female-led Scottish companies have been shortlisted as finalists for this year’s AccelerateHER Awards.

They include Glasgow-based businesses All Day Designs, manufacturer of a toddler pushchair which converts into a trike; Cedeco Contractors, developer of an offshore wind turbine installation solution; Empowered Earth, an app for managing and tracking symptoms of polycystic ovary syndrome; and Staels Design, creator of an air filtration system for wheelchair users.

Edinburgh-based companies SnapDragon Monitoring, which monitors on-line markets for IP infringements, and Criton, developer of an on-demand guest service app for the hospitality sector, were also selected for the next round of the awards.

Joining them on the shortlist were two Midlothian-based life sciences businesses: Biotangents, developer of a diagnostics system for infectious livestock diseases, and Cytochroma, creator of a new means of testing new drugs for liver toxicity.

The finalists were announced following pitches by 17 semi-finalists to the AccelerateHER Awards judging panel. Three award winners will be revealed at a finals event on 9 May at Barclay’s Eagle Lab within Edinburgh’s Codebase. This year’s programme will also include a new ‘Rising Star’ category recognising a female company founder with a great early stage business idea.

The winners will be offered a free place on a trade mission to Dubai or Berlin where they will showcase their business, be introduced to key industry contacts and investors, and build their understanding of how best to target these and other global markets.

Jackie Waring, CEO of Investing Women said: “We are particularly encouraged by the level of entries from female-led businesses in key industries such as life sciences and technology, a sector where representation amongst women continues to be low.” 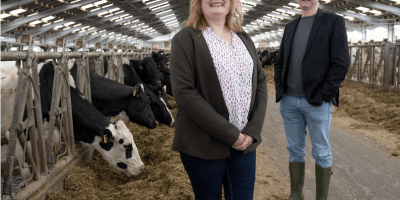