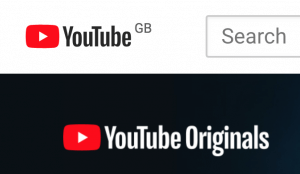 Controversial changes to copyright rules, which have pitched the likes of Sir Paul McCartney against internet inventor Sir Tim Berners Lee, have been approved by EU legislators and will have huge implications for users and tech platforms such as YouTube.

Tech companies already remove music and videos which are copyrighted, but under the new laws they will be more liable for any copyrighted content. It means they would need to apply filters to content before it is uploaded.

The EU Parliament adopted the proposal with 348 votes in favour and 274 against. The text now needs a formal approval by European ministers and will then have to be transposed into national legislation by individual member states.

Rights-holders such as record companies, collecting societies and media companies have accused media giants like YouTube and Google News of taking a “free ride” by using content created by others. Many musicians and creators say the legislation will compensate artists fairly. Tech companies have argued that artists are already paid fairly under the current system. Google said it would “harm Europe’s creative and digital industries”.

Supporters see it as part of a Brussels campaign to protect traditional industries from deregulation. Opponents argue the legislation will end up doing more harm than good, stifling the EU’s ability to innovate. Lawyers are already gearing up for a volley of challenges and clarifications from the EU’s top judges about how copyright’s grey areas should be enforced.

Wikipedia last week blacked out its websites in Germany, Denmark, Slovakia and the Czech Republic in protest against the planned changes. It says they would hinder internet freedom by imposing upload restrictions for users on YouTube and other content platforms.

Robert Ashcroft, chief executive of PRS for Music, which collects royalties for music artists, welcomed the directive as “a massive step forward” for consumers and creatives.

“It’s about making sure that ordinary people can upload videos and music to platforms like YouTube without being held liable for copyright – that responsibility will henceforth be transferred to the platforms,” he said.

However the campaign group Open Knowledge International described it as “a massive blow” for the internet.

Among those welcoming the legislation, Frances Moore, CEO, of the International Federation of the Phonographic Industry which represents the interests of the recording industry worldwide, said: “We thank lawmakers for their efforts in navigating a complex environment to pass a Directive with noteworthy implications for the content community.

“This world-first legislation confirms that user-upload content platforms perform an act of communication to the public and must either seek authorisation from rights holders or ensure no unauthorised content is available on their platforms.The directive also includes a ‘stay down’ provision requiring platforms to keep unlicensed content down – another global first.

“We now look forward to the implementation stage, where we will work with the EU’s Member States to ensure the Directive is transposed into national law in a manner fully consistent with its aim and key principles of European and international law.”

Geoff Taylor, Chief Executive BPI & BRIT Awards, said: “This is the first legislation anywhere in the world that recognises there needs to be a better balance in the relationship between user-upload platforms and the creative community, whose content turbocharges those services.


“The Value Gap distorts the music ecosystem and holds back the growth of the UK’s creative industries. The priority now must be to ensure the UK implementation of the Directive achieves the goal of closing that gap, and we look forward to working with Government and all parties to that end.”

Gadi Oron director general of the International Confederation of Societies of Authors and Composers, a not-for-profit organisation that aims to protect the rights and promote the interests of creators worldwide, said: “The European Union has laid the foundation for a better and fairer digital environment – one in which creators will be in a stronger position to negotiate fair license fees when their works are used by big online platforms.

“This is a hugely important achievement not just for Europe, but for the millions of creators which CISAC represents across the world. We are grateful to all those in the European institutions who have tirelessly worked on this directive and hope that it will lead the way for countries outside the EU to follow.”

Annabella Coldrick, CEO, Music Managers Forum said: “This is really positive news. The MMF has stood with the rest of the music industry, and alongside our colleagues in the European Music Managers Alliance and the Council of Music Makers, to push for these vital updates to copyright law. This is a once in a generation opportunity to recalibrate Europe’s digital economy to ensure artists are fairly remunerated.

“Alongside Article 13, today’s directive also offers a raft of changes that will empower artists and creators, ensuring they have greater transparency and leverage in their licensing and contractual partnerships. For the creative community, these amendments in Articles 14-16 are also of the utmost importance.

“It is now crucial that UK legislators act constructively to make good on their promises and implement these changes in full, and at the earliest opportunity.”