Activity in Scotland continues to grow despite Brexit 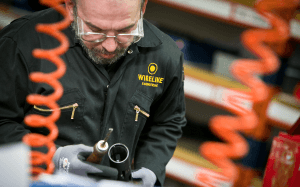 Business activity continues to grow in Scotland, despite continuing uncertainty over Brexit and anecdotal evidence of a slowdown.

The first quarter Scottish Business Monitor compiled by the Fraser of Allander Institute shows staff availability remains a pressing issue for most firms and one in four have reduced investment.

A separate survey of the UK economy shows that sentiment and volumes are deteriorating sharply in the financial services sector, with various indicators at their lowest since the financial crisis of 2008.

The CBI/PwC Financial Services Survey of 84 firms found that optimism about the overall business situation plunged sharply, falling at the quickest pace since December 2008. Optimism has now been flat or falling for over three years.

There were some positive signs in the survey. With cost pressures easing, profits in the sector as a whole saw their strongest growth in a year, driven by the banking and insurance sector. Profitability is expected to pick-up further over the three months ahead.