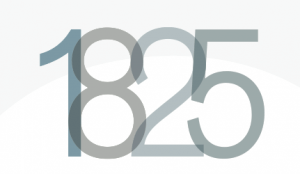 1825, Standard Life Aberdeen’s wholly owned financial planning and advice business, is acquiring the wealth management arm of BDO Northern Ireland which has about £230 million of assets under advice.

The business, established 25 years ago, has 12 employees specialising in all aspects of wealth planning and support from corporate to personal and trust advice. It  will be known as 1825 Northern Ireland, with its office remaining in Belfast city centre. It will form part of 1825 North West region, headed up by Mike Cullinane. This is 1825’s seventh acquisition and its first in Northern Ireland.

Mike Cullinane, regional managing director, 1825, North West, said: “I’m delighted 1825 has extended its geographical reach and that we will now have a presence in Northern Ireland. I welcome the BDO NI wealth management team to 1825 North West region.”

Nigel Harra, Senior Partner at BDO Northern Ireland, said: “Today’s announcement is a tremendous boost of confidence in the Northern Ireland market and in our wealth management team at BDO NI.”

1825 was established four years ago. Acquisitions to date: