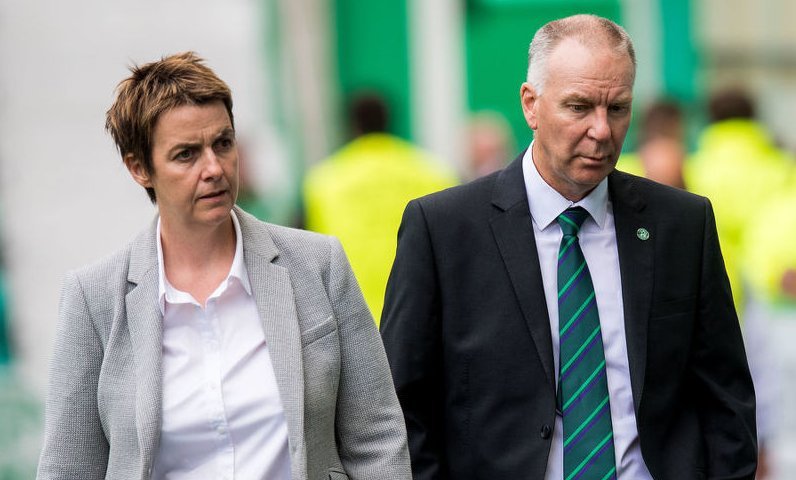 Hibs’ search for a new manager has taken an unexpected twist with No. 1 target Michael Appleton reportedly walking away during the final phase of negotiations.

The Easter Road club had been expected to announce the Englishman as Neil Lennon’s successor. Talks with the highly-rated 43-year-old were at an advanced stage when he decided a move to Leith was not for him.

It has been suggested the Hibees’ offer of a four-month severance package should he be sacked as opposed to the more standard year’s deal was a contributing factor behind his decision.

Chief executive Leeann Dempster has insisted the club will not be rushed into an appointment and the Appleton hiccup could open the door for Paul Heckingbottom.

The 41-year-old former Leeds United head coach has also been on the radar of Dempster and her director of football George Craig as has John Doolan, former No. 2 to Alan Stubbs.

Sore one: Hibs’ city rivals Hearts have suffered a second major injury blow with the news that Demetri Mitchell could be out for a significant period after suffering a suspected torn cartilage in his side’s Scottish Cup win over Auchinleck Talbot on Sunday.

The setback follows on from the torn thigh muscle which defender Michael Smith suffered in the same game. The Northern Ireland international is expected to be sidelined for eight weeks.

Reality check: Manchester United caretaker boss Ole Gunnar Solskjaer was dealt a dose of reality after seeing his team beaten 2-0 by Paris St-Germain in the first leg of the Champions League last-16 tie at Old Trafford.

It was the first defeat in 12 games for the Norwegian, who is hoping to land the job on a permanent basis.

The visit of the French side was United’s biggest test since Solskjaer took the reins following Jose Mourinho’s sacking but the home side were comfortably second best on the night as second-half goals from Presnel Kimpembe and Kylian Mbappe completed the win.

To make matters worse, in-form Paul Pogba was sent off towards the end for a second yellow card and will now be suspended for the return leg in Paris.

The Old Trafford club could find itself in trouble with UEFA after a bottle was thrown at former player Angel di Maria in the second half.

In the other round of 16 tie, Roma defeated Porto 2-1 in the Stadio Olimpico.

Spur of moment: Tottenham Hotspur will be hoping to take a positive result to Germany when they host Borussia Dortmund in the Champions League at Wembley tonight. Real Madrid, one of the tournament favourites, take on Ajax in Amsterdam in the other last-16 first leg tie.