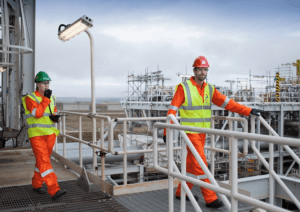 Two private equity firms are expected to acquire a stake in the giant Laggan-Tormore gas field in a £1 billion deal with French operator Total.

The sale to Albion Energy and First Alpha Energy Capital will give them a third of the field, west of the Shetland Islands, which is capable of supplying 8% of the UK’s gas. It will also include a number of smaller North Sea oil and gas fields.

The deal will be the first major North Sea acquisition for First Alpha Energy since it was set up by former JP Morgan bankers Verne Grinstead and Fred Lucas in 2016, according to the Sunday Telegraph.

First Alpha is one of a number of private equity firms hunting for bargain buys in the North Sea following the 2014 oil price crash that forced oil majors scramble to re-evaluate their exposure.

The deal follows Total’s huge gas discovery at the Glengorm prospect east of Aberdeen last week, along with the China National Offshore Oil Corporation and Euroil, a wholly-owned subsidiary of Edison of Italy,

The 250 million-barrel find at Glengorm, off the east coast of Aberdeen, follows another major gas discovery for Total on the Glendronach prospect to the west of Shetland last September.

North Sea gas discovery could be biggest for 11 years