Staff celebrate as HMV Braehead is latest to stay open 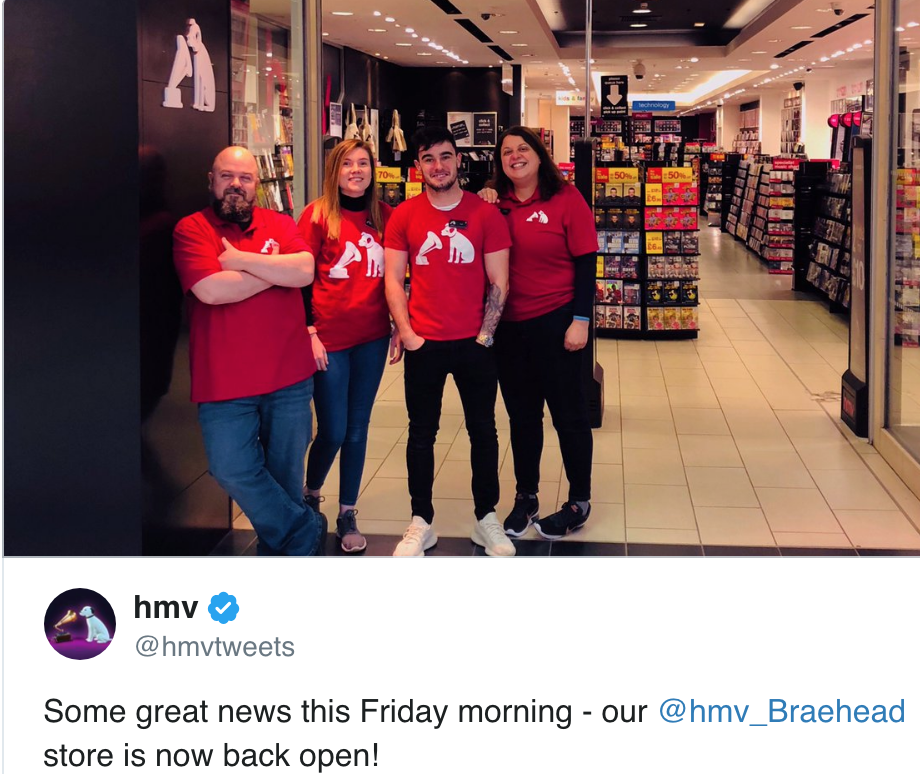 HMV tweeted about the reopening of the Braehead store

HMV has reprieved its Braehead store in Glasgow – the fourth saved from closure, as new owner Doug Putman renegotiates improved terms with landlords.

Mr Putman has already reversed plans to shut the Fopp store in Byres Road, Glasgow, where the Fopp chain began before it was acquired by HMV.

Outlets in Bath and Bluewater in Kent will also stay open. A deal has now been agreed with the Braehead outlet’s landlord, Intu. Other stores could re-open in the days ahead.

Canadian retailer Putman’s talks with landlords comes a week after the owner of Sunrise Records stepped in to acquire 100 of the chain’s stores.

Putman has expanded Sunrise Records in Canada since acquiring HMV over there two years ago. He now has ambitions to build up HMV in the UK.

HMV collapsed in December for the second time in six years after suffering an “extremely weak” trading period over Christmas.