Rail depot ‘should be brought under public control’ 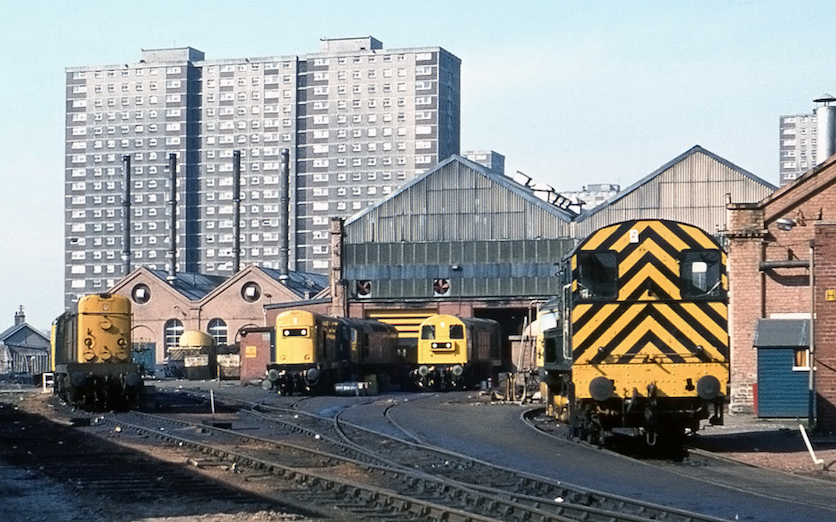 Union leaders and Scottish Labour have called on the Scottish Government to take the threatened Gemini Rail Services depot in Springburn into public ownership.

A delegation and rally involving the workforce will take place outside the Parliament on Tuesday to coincide with Labour MSP James Kelly’s member’s debate on the closure plan.

The delegation will be led by Unite regional industrial officer Pat McIlvogue who will call for on-site electrification in order to connect the historic St Rollox depot to the Glasgow to Edinburgh rail line at an estimated cost of less than £1m.

Transport Secretary Michael Matheson last month agreed to commission a study to establish the design requirements and costs involved in linking the works to an electrified line. The union says Westminster has allocated the Scottish Government £4.8 billion for rail infrastructure.

Unite says the depot should follow its decision in November 2013 to take Prestwick Airport under government control and treat St Rollox as an asset of strategic importance in Scotland’s transport infrastructure.

In December last year, Gemini announced its intention to close the depot which employs 200 workers involved in service, maintenance, repair, overhaul and upgrades on all trains for ScotRail.

The company says Springburn is making “unsustainable losses” and will continue to suffer a major decline in work due to its location and the section of the market it serves.

Ahead of the debate, Mr Kelly said: “Time is running out to save these 200 highly-skilled jobs and a vital part of Scotland’s railway infrastructure and history.

“The Scottish government set the precedent by taking Prestwick airport into its control in 2013, now it must do the same to save St Rollox.

“Scottish Ministers must intervene and announce the electrification of the site to allow the depot to connect to the Glasgow to Edinburgh rail line at a cost of less than £1 million.”

ScotRail has introduced the new Hitachi class 385 electric train to its routes south of Glasgow.

Customers travelling on the Cathcart Circle, and Central to Newton routes, are now able to experience the new three-carriage train after it was introduced to weekday morning peak services.

They are now operating on five routes, with the trains already in service between Edinburgh and Glasgow, the Stirling – Dunblane – Alloa route, and North Berwick. It also brings the number of the trains operating across the routes to 31.

The trains are part of ScotRail’s £475 million rolling stock investment, following the £858 million electrification of the line between Edinburgh and Glasgow by Network Rail.