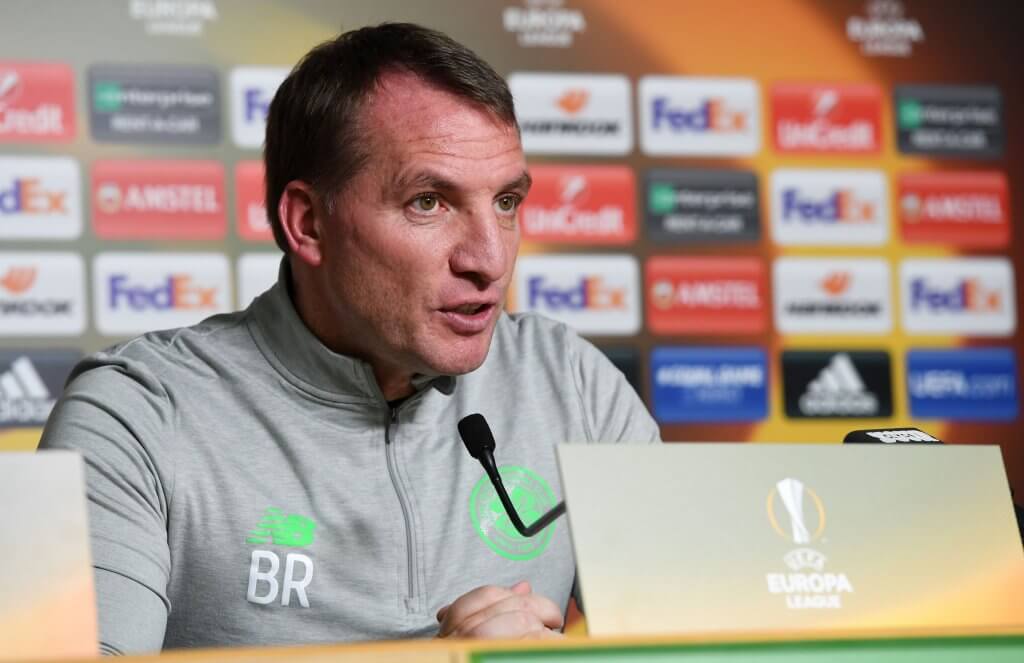 Celtic restored some pride as their latest European campaign fizzled out in Spain and will now turn their focus to continuing their domestic dominance.

Trailing 2-0 from the first leg in Glasgow last week, the Hoops produced a battling display in the Mestalla despite being reduced to 10 men in the first half.

Celtic had been giving an excellent account of themselves up until that point and even with a man down, managed to carve out opportunities which could have given them a foothold in the tie.

Kristoffer Ajer missed the best of them when he headed a cross from Ryan Christie behind with the goal at his mercy.

Kevin Gameiro’s 70th-minute effort from close range finished the game off but the Celtic players will look back on the first leg at Parkhead and know that’s where they lost the chance to progress to the last 16.

Rodgers described himself as immensely proud of his team, saying: “Everyone thought it was a formality, even Valencia. We were so superior before the sending off and you heard the crowd starting to whistle.

“Our shape worked really well for us and we started the game ever so well.

“We carried a threat in our penetration and it looked like we would get the goal – and I think the referee took that away from us and that was disappointing.

“There was a coming together, but I don’t think it was a yellow card. I thought it was a foul against Jeremy Toljan.

“We had a chance to go 1-0 up through Kristoffer Ajer, but we lost a goal through a moment of slackness. Overall, though, I thought we were excellent.”

He added: “Mistakes cost us in the first game, but I’m very proud of them tonight.

“It’s up there with some of my proudest moments as a coach.”

Celtic return to action on Sunday when they take on Motherwell, looking to consolidate their place at the top of the Premiership.

With the League Cup already in the Parkhead trophy cabinet and a Scottish Cup quarter-final against Hibs next month, an historic treble treble remains their target.

It was a better night for English clubs in Europa League action, with both Arsenal and Chelsea progressing.

The Gunners beat BATE Borisov 3-0 at The Emirates to go through to the last 16 3-1 on aggregate. Chelsea saw off Swedes Malmo by the same scoreline at Stamford Bridge to complete a 5-1 aggregate triumph.

There were mixed fortunes for the two teams who came through the group phase at Rangers’ expense.

Villareal edged past Sporting to make the round of 16, although Rapid Vienna lost 4-0 to Inter Milan in Italy to crash out 5-0 on aggregate.