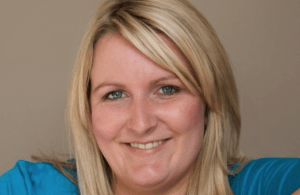 The fourth PRFest, the UK’s only festival dedicated to public relations, has launched its 2019 programme, showcasing the diverse role of public relations and emerging skills required.

The two-day event, which takes place on 13 and 14 June in Edinburgh, attracts up to 120 public relations and communication professionals from across the UK and beyond. PRFest has been a platform for discussion, debate and most of all, professional development.

PRFest founder and organiser, Laura Sutherland said: “Over the last four years, the programme has evolved with the industry and responded to the needs of the professionals who attend. This year is no different.

“PRFest brings the leading topics and trends in the industry to one place. The requirement of digital and more technical skills in public relations is on the rise.

“It’s important that major events like PRFest are accessible and not always held in London. It’s also important that the programme is both valuable and practical, not always including speakers ‘on the circuit’.

“PRFest has a real community feel to it and it is seen as a safe space for having difficult conversations that often, we either ignore or don’t even realise there is a need to address.”

He also had spells at Aegon, Martin Currie, Royal London and Legal & General and was latterly at the LangCat where his former Standard Life colleague Rebecca Christensen, who spent some time running online retail venture Love from Indie Street, is now marketing director.

Graeme Cleland has moved from the Edinburgh office of Big Partnership to take over as head of communications at the law firm Burness Paull.