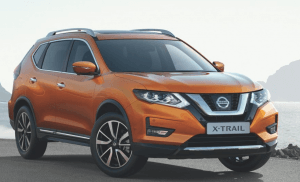 Nissan confirmed today that it has dropped its plan to build the X-Trail model at its plant in Sunderland in a further blow for the car industry.

The decision comes amid growing anxiety over Britain’s departure from the EU, now less than two months away.

Nissan said in October 2016, four months after the referendum, that it would build the new Qashqai and X-Trail models in its Sunderland factory. It was seen as a re-sassuring move so soon after the vote.

However, the new diesel will now be built in Japan. The company said the reason was mainly because of a downturn in diesel demand in Europe, but “Brexit uncertainty” also contributed.

The UK government is now considering whether to withdraw a £60 million package of support offered at the time it pledged to invest in Britain.

While there is not thought to be any likely impact on current jobs, Bridget Phillipson, the MP for Houghton and Sunderland South, described the news as “deeply troubling”.

It means a further squeeze on the sector and more concern over the impact of Brexit following Ford’s decision to axe 400 jobs in Wales, Jaguar Land Rover’s cutting of 4,500 jobs and Honda’s announcement of six non-production days in April.

Nissan employs 7,000 in Sunderland – which supported Brexit – producing around 2,000 cars a day.

Work on the Qashqai, which makes up the majority of Sunderland’s work and is the best-selling crossover vehicle in Europe,is not expected to be affected by the move.

Comment: Nissan’s reversal is a red flag for No Deal Britain