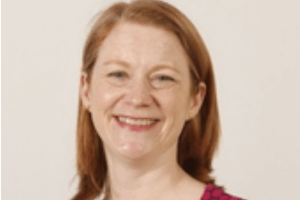 Opposition MSPs say that a delay to devolving Social Security benefits to Scotland is another example of the SNP’s unrealistic forecasting of the country’s ability to run its own affairs.

In a ministerial statement to the Scottish Parliament the Social Security Secretary, Shirley-Anne Somerville, has announced that key social security benefits will be maintained by the Department for Work and Pensions in Whitehall until Social Security Scotland has the capability to administer them in 2024.

The Scottish Conservatives have said this exposes the “utter hypocrisy of the SNP’s previous statements”.

Scottish Conservative social security spokesman, Michelle Ballantyne said: “The transition of these benefits must be handled properly – this is about making sure that people get the support they need. They are the priority in all of this.

“But the minister must see the utter hypocrisy this statement exposes. For two years the SNP has slammed the DWP. The SNP has used highly charged language on the UK Government’s administration of benefits. The SNP has raised expectations, and promised the earth to some of Scotland’s most vulnerable people.

“After repeated promises that the new system would be up and running by the end of this parliament, we now learn that this will just not happen. And it will be 2024 before PIP’s successor is in place.

“That is nine years since the Scotland Act that introduced the devolution of social security – from the party that claimed they could set up an independent country within 18 months.

“Can the minister not see that this is deeply embarrassing?

“She must apologise to the Scottish DWP staff she has repeatedly denigrated – and now, as she takes over executive competence,  whom she asked to keep running benefits for another five years on her behalf.”

Labour also demanded an apology from the SNP government saying that Ms Somerville’s predecessor, Jeane Freeman, pledged that the powers would be delivered by the end of the parliament.

Labour Social Security spokesperson Mark Griffin said:“The SNP government has left vulnerable people at the mercy of the callous DWP and the Tories for far too long already.

“Ministers must apologise to everyone in Scotland entitled to social security who is being left at the hands of the Tories.

“Delaying full control of the powers until 2024 is a betrayal of vulnerable people who were told the Scottish government would assume responsibility within this parliamentary term.

“It also makes a mockery of SNP promises in 2014 that a separate Scottish state could be set up within 18 months – vulnerable people will have been waiting a decade for the devolution of social security powers.

“Today’s announcement also fails to make any mention of the SNP’s pledged income supplement. With almost a quarter of a million Scottish children living in poverty that just is not good enough.”

“This will be really disappointing for those people waiting for a fairer system of benefits, who will now have to wait even longer.

“That said, this timetable makes a mockery of the SNP’s claim to be able to set up a new country in 18 months.”