Late tries take the edge off opening victory for Scotland 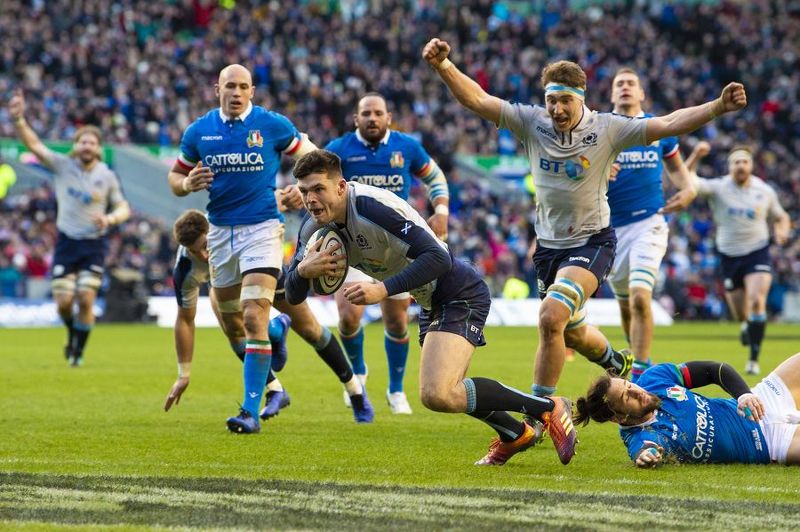 Blair Kinghorn goes over for his third try in the victory over Italy at Murrayfield (pic: SNS Group)

Scotland have plenty to work on ahead of the visit of Ireland next week despite kicking off their Six Nations challenge with a bonus-point victory over Italy.

It was a good opening display by Gregor Townsend’s side, with man of the match Blair Kinghorn grabbing the headlines with a hat-trick of tries,the Scots’ first treble in the competition in 30 years.

The satisfaction of the win will have been tempered by the concession of three late tries by the visitors, though, as the Scots took their foot off the pedal with the game safe.

Although Simon Berghan had been yellow carded in the latter stages, Townsend would have expected his defence to stand firmer.

Credit to the Italians, though, who refused to give up despite being down 30-3, Esposito, Palazzani and Padovani all touching down in the last seven minutes to give their hosts food for thought.

Leading 12-3 at the interval, Scotland produced some exciting attacks to take the game away from the visitors, Chris Harris, with his first try for his country, and the sprightly Stuart Hogg also going over after the break.

Despite the defensive lapses, Scotland can look forward to the visit of world No. 2 Ireland in a week’s time after running in five tries in what was just their third opening-day win.

“I’m delighted with the result. We dug in at the end to get the win,” said hat-trick hero Kinghorn.

“Credit to our boys. They’re awesome and credit to Italy because they brought everything to the game at the end.

“Our accuracy was a lot better in the second half. We took our chances when they were available and it was brilliant to get a couple of tries out of it.”

Captain Greig Laidlaw conceded Scotland should have seen out the game in a more composed manner.

“We were quite happy with the middle part of the game, the way we put Italy under pressure,” he said. “We have got a couple of things to work on before Ireland come here next week but that is a positive thing.

“Against quality opposition like Ireland, we can’t release a Test match like that. We were well in control and just gave Italy momentum by being less aggressive and slipping off tackles.

“That will heighten our awareness for next week against a quality team.”

Ireland will head to Edinburgh next Saturday looking to make amends for their surprise defeat to England at the Aviva Stadium.

Eddie Jones’ side ran in four tries as they inflicted Ireland’s first Six Nations defeat in Dublin for six years.

The Irish had gone into the match with hopes of successive Grand Slams but were outdone by an impressive England outfit who themselves will now have high hopes of winning the championship.

Ahead 17-10 at the break through tries from Jonny May and Elliot Daly – Cian Healy went over from close in for Joe Schmidt’s side – England built on some stout defending to increase their advantage.

Henry Slade touched down twice in the second half and John Cooney’s late score was nothing more than a consolation for a well-beaten Irish team.

While Scotland sit proudly at the summit of the Six Nations table after the opening round of fixtures, it also looks good for Wales, who produced a stunning comeback against France in Paris to clinch victory on Friday night.

The Welsh were trailing 16-0 at half-time but blew their hosts away with an inspired display after the break to run out 24-19 victors.

The French were there own worst enemies, though, allowing simple errors to creep in as George North went over for a double after Tomos Williams score as Wales clocked up a tenth successive Test win. 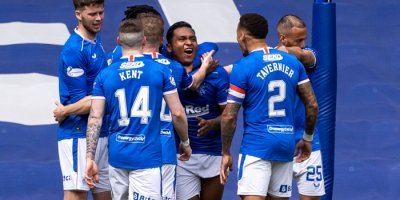