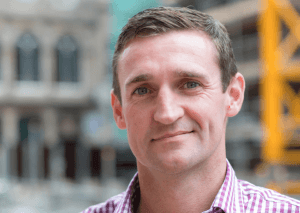 A leadership role has been created to support the growth of ISG’s construction operations in the North of the UK.

Paul Beaton has been promoted to regional director, as the Glasgow-based contractor will announce record turnover figures for 2018 and ambitious growth targets for 2019 and beyond.

Alongside Scotland, ISG’s North East and North West businesses are expected to report a record financial performance for 2018 – with combined revenues of circa £200 million.

Mr Beaton has been an integral part of the Scottish business from its inception, over seven years ago, with a professional career spanning 20 years. Mr Beaton will look to further extend the profile and influence of ISG in Scotland in core sectors, including office, hospitality and leisure, education and industrial.