Arrangement would be 'inadequate' 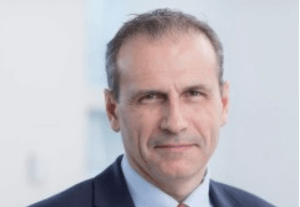 A No Deal Brexit that leaves Britain exposed to World Trade Organisation rules would be “wholly inadequate and unprecedented,” according to the head of Britain’s insurance lobby group.

Huw Evans, director general of the Association of British Insurers, will warn the government tonight that none of the EU’s 20 largest trading partners trades with the EU on solely WTO terms.

“They all have deeper agreements in place. And the WTO framework itself is designed to provide a mechanism for states to resolve trade disputes – it is not designed to be a safety net for the world’s fifth largest economy leaving the world’s biggest trading bloc,” he will tell his organisation’s annual dinner.

“Nor do its rules guarantee market access for the services which make up four fifths of the UK economy. This matters because the EU is – by a very long distance – the largest export market for the UK insurance and long-term savings industry.”

Mr Evans says a No Deal Brexit would be an “unforgivable act of economic and social self-harm that the UK would live to regret” and with time running out he will add that “as a last resort” Brexit should be subject to a short delay if no deal is the only alternative.

“As an industry we have done everything possible to prepare for No Deal, including transferring an estimated 29 million insurance contracts and the establishment of nearly 40 EU subsidiaries and branches to minimise disruption to customers,” Mr Evans will say.

“But we still believe very strongly that a conscious decision to opt for No Deal would be an act of economic recklessness our great country would live to regret with WTO rules offering little to no protection against the consequences. As a last resort, if the only alternative to No Deal is some form of short delay to Brexit, then delay we should.”


He will also warn that any future arrangement with the EU that required the UK to comply with rules it had no say over could be “weaponised by those in the EU that want to….damage the UK.

“This could result in UK insurers having to hold more capital than they need, which as well as damaging competitiveness and reducing investment in the economy, could also see people get less from their pension.”

Mr Evans’ comments come as new figures reveal the UK insurance industry now has a £16.7 billion export surplus, with over a third of this going to the EU.  The UK is currently the largest insurance market in Europe, the fourth largest in the world and employs over 300,000 in the UK.

“I cannot think of many countries in the world where some of its leading politicians would openly contemplate signing up one of its world-leading sectors to decades of rules made by our competitors. Whatever we eventually agree on our future relationship, that must not be allowed to happen.”