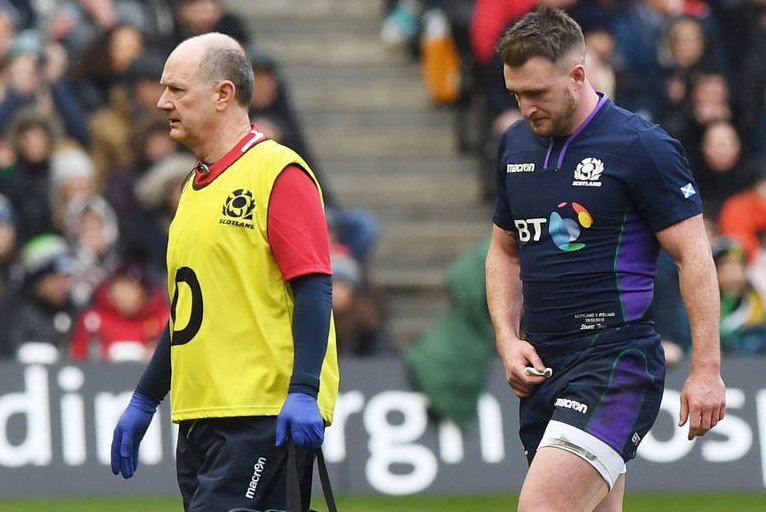 A dejected Stuart Hogg leaves the field after being injured against Ireland (pic: SNS Group)

Scotland star Stuart Hogg is facing an anxious wait to discover if he will be able to play any further part in the Six Nations campaign.

The 26-year-old injured his shoulder after being tackled late by Peter O’Mahony after just 15 minutes of the clash with Ireland on Saturday.

The Glasgow Warriors full-back was due to see a specialist today, and if hospital scans confirm he has damaged ligaments the British and Irish Lion will face an extended period on the sidelines.

More worryingly for head coach Gregor Townsend is that if surgery is required, Hogg would face a race against time to be fit for his country’s opening World Cup group match in Japan. The Scots kick-off their tournament against Ireland on Sunday, 22 September.

Townsend, though, was remaining upbeat ahead of today’s assessment that Hogg could yet return to action in the near future, with the Scots still to face France, Wales and England.

He said: “We’ll know more about his chances of playing over the next few weeks after that. I’m very hopeful that he’ll get good news and that he’ll be available to play some part in the Six Nations.” 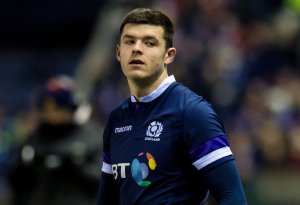 Edinburgh’s Blair Kinghorn, pictured, who was dropped to the bench against Ireland despite a hat-trick against Italy the previous week, is likely to deputise for Hogg at full-back if required.

“Blair obviously had a great game against Italy,” said Townsend. “He backed that up with his first touch as he got through the Ireland defence on Saturday and was heavily involved in the second half.

“We’ve got good strength and depth in the back three. Tommy Seymour and Sean Maitland have both played at full-back and are both very experienced players. I believe Byron McGuigan is back for his club this week, so if Stuart is missing — and I really hope that’s not the case — then we do have other players who have played international rugby and are in really good form.”

Ryan Wilson was ruled out of the rest of the Six Nations earlier in the week. The Glasgow flanker suffered knee ligament damage in the 22-13 defeat to Ireland at Murrayfield.