Busy year for Brodies in Dingwall 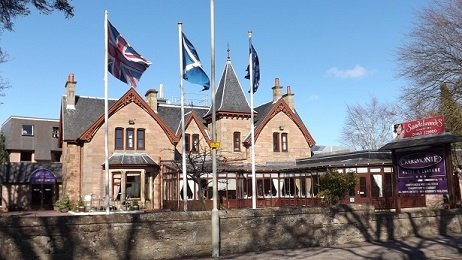 Law firm Brodies has reported a busy year for its clients in the Highlands and Islands, with the delivery of infrastructure projects being a key focus that will continue into 2019.

In the past 12 months, since opening its Dingwall office, Brodies has worked with a number of existing and new private and public sector clients across the region.

These included Highlands and Islands Enterprise and Tulloch Homes, which was advised on the purchase of the first phase of land at Ness-side in Inverness, which will see the development of 800 homes over the next 15 years.

Activity in fishing, oil & gas and tourism for the Western Isles and Shetland have also featured in the firm’s recent work.

Brodies advised Stornoway Port Authority on its new marina and deep water port – one of the Hebrides’ biggest ever projects – and Lerwick Harbour Authority on the development of a new white fish market and associated office, as well as continued work on Lerwick’s development as a decommissioning works for North Sea oil platforms.

On the private client side, the dualling of the A9 and A96 has also resulted in a significant number of landowners seeking support in making their representations to Transport Scotland.

Tourism also remains key for the Highlands and Islands, and continues to attract inward investment.

The company advised on the acquisition of the Craigmonie Hotel and Lochardil House Hotel in Inverness for Buxani Group and Perle Hotels respectively, as well as the purchase of the West End Hotel in Fort William and the Royal Hotel in Thurso for MGM Muthu Hotels.

Brodies opened its office in Dingwall in early 2018, when Martin Mackay joined the firm as a consultant, adding to its existing offices in Aberdeen, Edinburgh, Glasgow and Brussels.

With 680 staff employed across Scotland, the firm is now looking to grow its team in the Dingwall office.

Mr Mackay said: “2018 has been a busy time for the Highlands. We’ve seen a real mix of legal work, from large scale projects in renewables and housebuilding, to instructions in the more traditional areas of agriculture and estates, advising on farm and land purchases and sales.

“The instructions we’ve seen in these first 12 months have demonstrated to us the focus that people in the Highlands have on enterprise and growth, and in response to that, we look forward to growing our team here in Dingwall and helping existing and new clients to realise their own plans in 2019.”