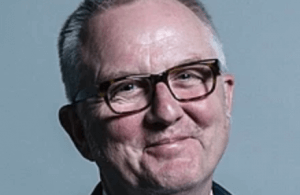 Ian Austin has become the ninth MP to quit Labour this week, and said leader Jeremy Corbyn had created “a culture of extremism and intolerance”.

Mr Austin, who represents the West Midlands constituency of Dudley North, said the leadership of the party had failed to tackle anti-Semitism and had turned it into a “narrow sect”.

He has no intention, however, of joining the rebel group of 11 Labour and Tory MPs now sitting as the Independent Group. He said he wants a Brexit deal to be concluded, rather than another referendum on EU membership.

Mr Austin was a minister for regional affairs under Gordon Brown’s time as Prime Minister and was part of Ed Miliband’s front-bench team in opposition.

A Labour spokesman said Mr Austin should face a by-election.

One of the defectors Luciana Berger, who has described the party as “institutionally anti-Semitic”, said she fully understood why he had come to “this difficult and painful decision”.

Another, Chuka Umunna, added: “He has stayed true to his values and what he believes to be the national interest.”