Honda to shut Swindon factory with loss of 3,500 jobs 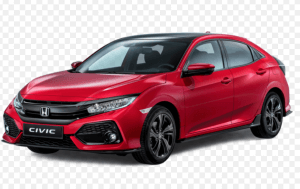 Honda intends to close its Swindon car manufacturing plant in 2022, with the loss of about 3,500 jobs, dealing another hammer blow to the industry.

The Japanese company, which has been making vehicles in the town for 30 years, has been a major exporter, although it has been working below capacity.

Local Tory MP Justin Tomlinson said he had spoken to Honda, which confirmed it was consulting with “all staff”.

He said: “There is not expected to be any job losses, or changes in production until 2021.”

He insisted that the decision “is based on global trends and not Brexit as all European market production will consolidate in Japan in 2021”.

However, the EU and Japan recently struck a trade deal which eliminates tariffs on both parties’ car exports. This allows UK manufacturers to produce their cars in Japan where most of their plants are and then ship them to the EU tariff-free, a situation that cannot be guaranteed for the UK after 29 March.

The Japanese company declined to comment on the announcement which comes less than six months after bosses at the car giant pledged its commitment to the UK.