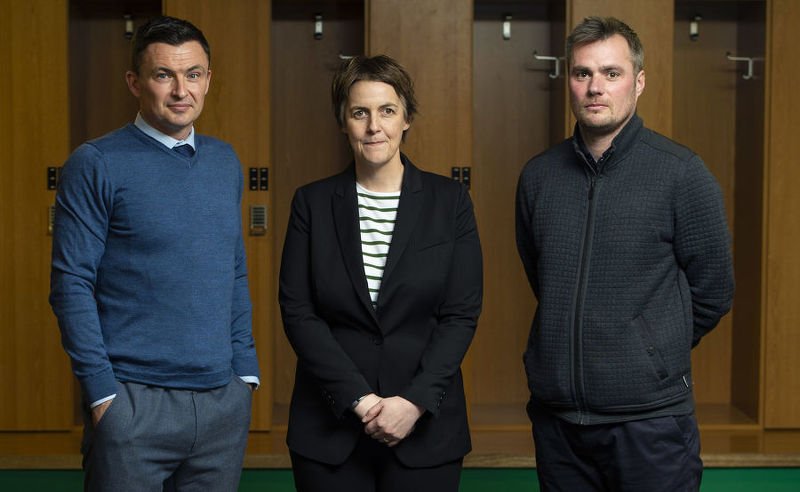 Hibs have appointed former Barnsley boss Paul Heckingbottom as their new head coach on a three-and-a-half-year deal. The 41-year-old will be assisted at Easter Road by former Scotland international Robbie Stockdale.

“It’s an honour to be named head coach of Hibernian Football Club – a club with a rich history and commitment to playing attacking football,” said Heckingbottom. “There is so much potential here and the club has everything going for it.

“I’m looking forward to getting to work and meeting the players and staff on Thursday, before stepping up preparations for Saturday’s game against Hamilton. I will give everything I have to be a success here. Supporters can be assured of that.”

Heckingbottom had always been on Hibernian’s radar, though it was thought Michael Appleton was in pole position to succeed Neil Lennon.

However, when talks broke down over the terms of his contract, the door was open for Heckingbottom to take the reins. Easter Road chief executive Leeann Dempster said: “Paul made a really positive impression on us from our first meeting with him.

“His work at Barnsley speaks for itself, where he was able to combine the kind of dynamic, attacking football our own fans appreciate with the development of some talented young players.

“With the structure we already have in place, Paul is the right person to embrace that support and take it to a new level.”

Rod Petrie, Hibs chairman, added: “Paul is bright, driven and hungry to help drive the club forward. As a board we will do all that we can to assist him in his endeavours.”

The new head coach has been out of football since leaving Leeds last summer. Despite guiding Leeds to 13th place in the English Championship, he was replaced by Marcelo Bielsa.

Prior to moving to Elland Road, the Yorkshireman steered Barnsley to promotion from League One.