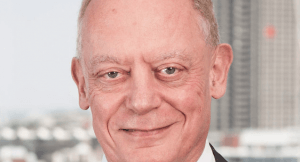 Sir Gerry Grimstone is to step down as a non-executive director at Barclays and chairman of its subsidiary Barclays Bank at the end of this month.

In a statement to the stock market, the former chairman of Standard Life said:  “After 20 years sitting on the boards of a number of listed companies, and having recently stepped down from the chairmanship of Standard Life Aberdeen, it is an appropriate moment for a change. I will be concentrating on my public sector activities in the UK, my work with Deloitte in Europe and globally, my work in the Gulf, India, China and elsewhere in Asia-Pacific.

“There will doubtless be many other exciting public and private opportunities to pursue.  I’m leaving Barclays in very good shape and I wish it very well for the future.”

John McFarlane, chairman of Barclays, said: “Sir Gerry has made an important contribution to Barclays, initially as group deputy chairman and later as chairman of Barclays Bank where he oversaw the establishment of the subsidiary board and governance arrangements, as well as being a senior colleague on the group board. 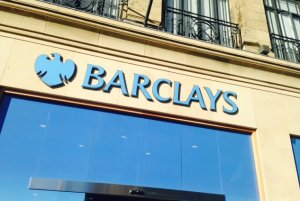 “He has been very active in, and passionate about, the international business of the Bank and our major customers. I appreciate everything he has done for the company and his support of me, and I wish him well.”

Jes Staley, chief executive of Barclays said: “It has been my privilege to have worked with Sir Gerry over these past three years, first in his capacity as deputy chairman of the group, and latterly as chairman of Barclays Bank PLC.

“I am deeply grateful to him for the support and counsel he has provided me personally, as well as for his immense contribution to the turnaround of our corporate & investment bank in particular.

“He has been a great steward of Barclays during his time on the Board and I wish him huge success in his future endeavours.”

Nigel Higgins, the incoming chairman-elect of Barclays joins the group board on 1 March.