Calls for a rethink

A small firms lobby group will tell an influential committee of MPs this week that proposed changes to the UK’s immigration system don’t meet the needs of Scotland’s business community.

The Federation of Small Businesses will call for a rethink of measures outlined in the Government’s white paper, published in December.

It will suggest the development of a more flexible system that accommodates the skills needs of Scottish firms and the demographic demands of Scottish communities.

In a statement ahead of the meeting with the Scottish Affairs Committee, Andrew McRae, FSB’s Scotland policy chairman, said:  “We need a post-Brexit immigration system that facilitates Scottish business growth, is easy-to-use and is affordable for employers.

“We’re looking forward to make the case to MPs that the measures outlined simply aren’t suitable for Scotland. We need members of the committee – and all of our representatives at Westminster – to ensure the needs of Scotland’s firms, Scotland’s communities and Scotland’s local economies are reflected in the immigration model put in place by the UK Government.”

In a letter sent to Scottish Secretary David Mundell in December, Mr McRae wrote: “…it is critical that small businesses continue to have the ability to access EU workers at all skill levels in the future. A restriction on their ability to do so is likely to have far-reaching implications for the economy and labour market.

“To help businesses adapt to a post-Brexit environment, therefore, we believe that a future immigration system should be able to respond to the migration and skills needs of smaller businesses in Scotland. For the reasons set out above, it is evident that these needs may differ from elsewhere in the UK and require a different response.”

SNP calls for Labour MPs to ‘stand up for Scotland’

Ian Blackford has called on Scottish Labour MPs to stand up for Scotland’s interests by rejecting the Prime Minister’s Brexit deal and ruling out support for Jeremy Corbyn’s plan to help push her deal over the line.

In a letter to all Scottish Labour MPs, the SNP’s Westminster leader warned that supporting Jeremy Corbyn’s proposed Brexit plans would serve a “devastating blow” to communities across Scotland.

Mr Blackford MP said: “We are less than 50 days away from Brexit date and in Westminster both the Prime Minister and Leader of the so-called Opposition are leading Scotland and the UK hand in hand off the Brexit cliff-edge. 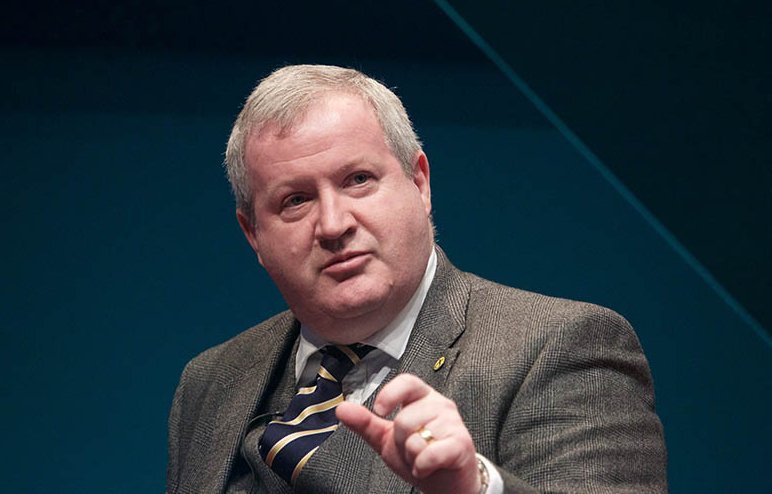 Ian Blackford: ‘a price Scotland should not be forced to pay’ (pic: Terry Murden)

“By 2030, under a Free Trade Agreement (FTA) – the closest proxy for the Prime Minister’s proposal – GDP would be around £9 billion lower than if we stayed in the EU, equivalent to £1,600 per person in Scotland than if we remained in the EU.

“That is a price that Scotland should not be forced to pay. When the Prime Minister returns to Parliament with her deal, Scottish Labour MPs must stand up for Scotland’s economic and social interests, and reject the Prime Minister’s deal and Jeremy Corbyn’s plan to throw his support behind it.

“It is alarming that, despite the overwhelming damage that the Prime Minister’s deal will cause to Scotland, the Labour Leader would seek to support the deal.

“I call on Scottish Labour MPs to reject the Prime Minister’s deal, support the SNP’s calls for an extension to Article 50 and back a second referendum on EU membership.”

The UK economy has had a stuttering start to 2019, with output in the manufacturing sector plunging to its lowest point since October 2017, according to research from accountants and business advisers BDO.

Its Manufacturing Index, which tracks business output growth in the sector, fell by 0.23 points to 98.37 in January. BDO said that although manufacturing firms have been ramping up their preparations in anticipation of a disorderly Brexit, January’s decline points to an underlying weakness in the sector. It says it is likely that stockpiling activity has masked an even greater fall in output than is suggested by these figures.

BDO’s Optimism Index, which tracks firms’ expectations of their performance over the coming months, fell from 100.16 to 99.98 in January. This marks a decrease of 2.11 points from January 2018 and is the first time that the index has fallen below 100 since December 2016.

The manufacturing sector was worst hit by the collapse in confidence, with the Manufacturing Optimism Index falling 0.5 points to 104.4 in January. This reflects concerns raised by manufacturers including Nissan, Airbus and Siemens, who have repeatedly warned that uncertainty around the UK’s future relationship with the EU is not helping companies plan for the future.

The UK’s services sector – which is critical to the success of the economy, accounting for approximately 80% of GDP – also experienced a malaise. At 97.10, output remains well below the long-term average growth rate of 100, despite witnessing a marginal improvement in January.

A guitar retailer has become the latest business to switch employee ownership, believing that theRead More