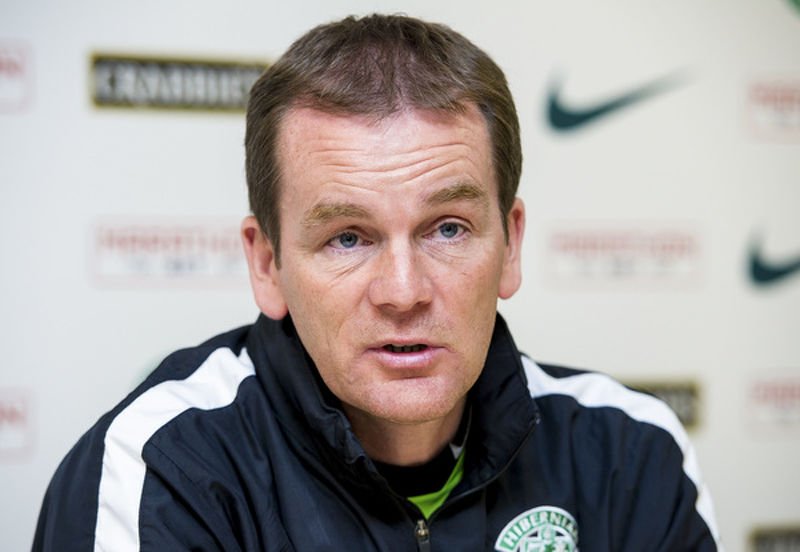 John Doolan, on the coaching staff when Hibs won the Scottish Cup in 2016, has been linked with a return to Leith (pic: SNS Group)

Hibs will this week step up their search for a new boss to succeed Neil Lennon with a former coach being linked with the post.

Easter Road chief executive Leeann Dempster has been sifting through dozens of applications since the high-profile departure of the Northern Irishman and will shortly begin the process of compiling a short list.

John Doolan, Hibs’ first-team coach under Alan Stubbs when the Edinburgh side won the Scottish Cup in 2016, is one person thought to be under consideration.

Said to be highly-rated by the Easter Road hierarchy, the 50-year-old Liverpudlian is currently on the coaching staff at League One side Accrington Stanley.

Stubbs himself hasn’t ruled out coming back, though the club are unlikely to hand him a return ticket to the dug out.

The managerless Hibees went down 2-1 at home to Aberdeen at the weekend, the Dons rising to third place in the table two points behind second-placed Rangers.

Eddie May, the club’s academy coaching manager who took temporary charge following Lennon’s exit, expects to be in the dug out when Hibs head to Parkhead to face Celtic on Wednesday.

Brendan Rodgers’ side moved six points clear of nearest rivals Rangers at the top of the Premiership after defeating St Johnstone 2-0 in Perth.

James Forrest and Timothy Weah scored in the closing 12 minutes but the win came at a cost for the Glasgow side, who had Kristoffer Ajer sent off near the end.

Forrest went off with a tight hamstring after scoring, Odsonne Eduard was stretchered off with a foot injury while Mikael Lustig was replaced due to an Achilles problem. With Ryan Christie also nursing bruised ribs, Rodgers could be facing a selection dilemma for the midweek clash.

The margin of victory could have been greater, St Johnstone keeper Zander Clark strengthening his claims for a Scotland call-up with another impressive display between the posts for the Saints. 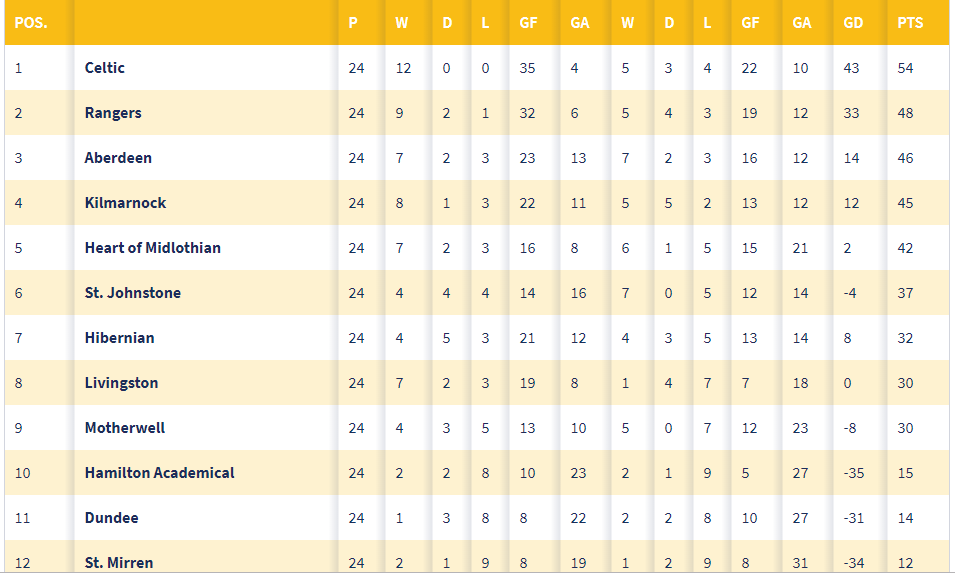 Rangers, meanwhile, were awarded four penalties by referee Andrew Dallas in their match against bottom club St Mirren at Ibrox.

Three were converted, including one by Jermain Defoe for his first goal at Ibrox, as the home side coasted to a 4-0 victory over the struggling Buddies.

Dundee looked to be on course for a vital three points in the relegation battle at Hamilton thanks to Scott Wright’s first-half goal.

However, Darian Mackinnon popped up in the last minute to snatch a share of the spoils for Accies in Brian Rice’s first game in charge since replacing Martin Canning.

Motherwell, meanwhile, had the points in the bag in the first half against Livingston, scoring all three of their goals in a 3-0 victory in the first 21 minutes.

Wreckage of the missing plane carrying Cardiff City striker Emiliano Sala has been found in the English Channel.

The search team confirmed it had located the debris on the seabed, 24 miles north of Guernsey.

Sala had been flying back to Cardiff from Nantes in France on January 21 when the aircraft went missing.

The club’s record signing – he had penned his new £15m contract just 48 hours previously – and pilot David Ibbotson were the only people aboard the Piper Malibu when it vanished.

After the original search had been called off, over £300,000 was raised via an online appeal to continue the hunt for the plane.

David Mearns headed up the new operation on behalf of the 28-year-old Argentinian’s family and the marine scientist said:

“All I will say about the wreckage is there is a substantial amount of wreckage on the seabed.

The process of recovering the wreckage has now been started by the Air Accident Investigation Branch.

Liverpool, meanwhile, have the chance to restore their five-point lead over Manchester City at the top of English Premiership tonight.

The Reds take on West Ham United in London having watched Pep Guardiola’s side defeat Arsenal 3-1 at the Etihad yesterday afternoon to cut their advantage to two points.

Sergio Aguero was City’s hero with a hat-trick, including the opener after just 48 seconds.

Manchester United caretaker boss Ole Gunnar Solskjaer had earlier continued to stake his claim for the job on a permanent basis after steering his side to a 1-0 win at Leicester.

Marcus Rashford netted the only goal of the game to stretch United’s unbeaten run to 10 matches under the Norwegian, the win keeping them in the hunt for a top-four finish.

Tottenham’s late home win over a plucky Newcastle United on Saturday earned them a valuable three points as they kept the pressure on at the top of the table. 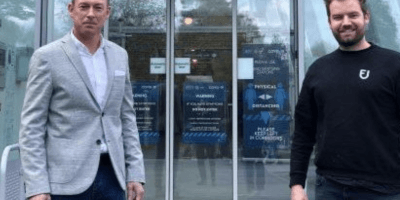