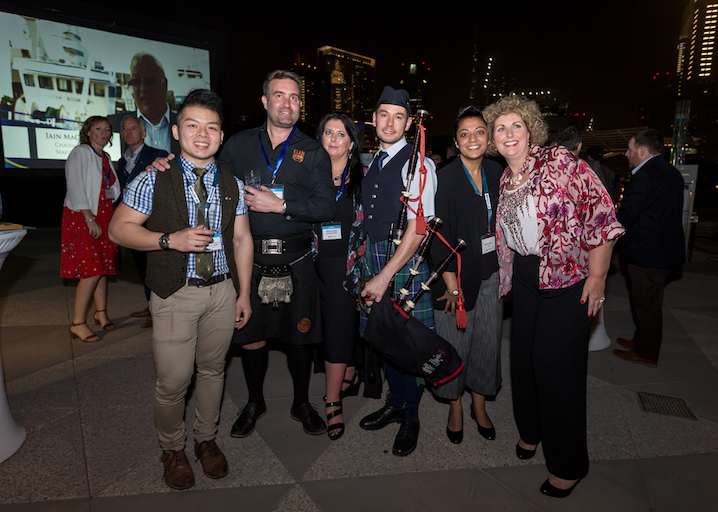 Scottish firms are seeking new markets in the Middle East by exhibiting at the world’s biggest food and drinks expo during Dubai’s World Trade Fair.

Glasgow-based exporter JW Filshill International is among those helping a number of companies promote their wares on the Scottish pavilion of Gulfood. They include Grower’s Garden, Drinks Bakery, Start Up Drinks Lab, Natural Fruit and Beverage, For Aisha, Golden Casket, and Rose GMarketing.

Gulfood 2019 opened yesterday and will run until Thursday, with about 100,000 delegates from almost 200 countries expected to attend.

Chris Miller, group commercial director at JW Filshill, said: “For the past couple of years we’ve used the event to champion Scottish craft beer and spirits but this year, due to growing demand, we’re using the event to showcase some outstanding food producers from Scotland, who’d normally find these types of major trade fairs inaccessible.”

Mr Miller said: “It’s a perfect opportunity to get our Scottish craft products into the hands of these people. We’ll be pouring the likes of Makar gin and the 1770 Glasgow Single Malt Scotch Whisky alongside beers from award-winning breweries Williams Brothers, Brewgooder and Tempest, which will beautifully complement the finest food from the Scottish larder.

“It’s always a good night where we can really shine a light on the best of Scotland.”