Britain’s largest producer of farmed trout has unveiled plans to invest £16 million and create 36 jobs in the West of Scotland in a significant step up in production.

Dawnfresh, which already has more than 500 employees across Scotland, including about 70 in aquaculture, wants to develop four fish farm sites in Argyll and Bute and North Ayrshire. The sites are at Ardentinny, Isle of Bute, Great Cumbrae and Little Cumbrae.

The plans include building seven workboats and four feed barges.

The company says trout production would increase to about 7,000 tons per year, equating to a value of £45.5m of yearly production based on current market value – almost doubling the current production level in Scotland.

Additional downstream jobs will be created and safeguarded through the supply, servicing and maintenance of the sites and will create jobs for suppliers elsewhere in Scotland.

Dawnfresh will liaise closely with communities around the potential new sites to ensure benefits for these areas are maximised.

“Through meticulous planning and research, the locations of these sites have been selected in keeping with the recent recommendations of the Rural Economy and Connectivity Committee towards high energy and off-shore.

“But they also benefit from being located in and around The Firth of Clyde which has a heritage of production. These locations will allow us to protect the health and safety of our fish with minimal impact on the environment.

“At Dawnfresh, we are committed to supporting the local communities we operate in and will continue to provide local people in Argyll and Bute and North Ayrshire with information and opportunities to give their views throughout the application process.

“We believe our investments will greatly benefit not only the local economy in each of these areas but also the wider Scottish economy, providing new jobs and aquaculture infrastructure.” 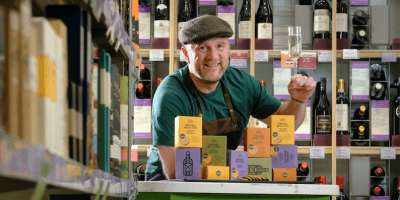