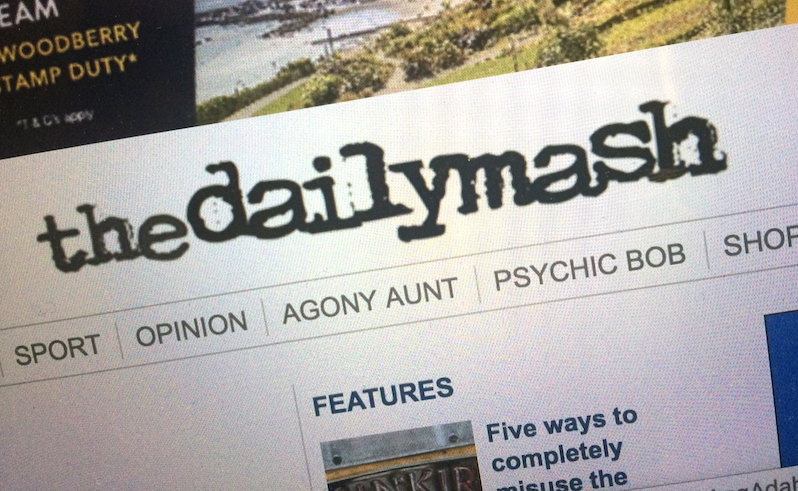 Mashed Productions, the company behind satirical news website the Daily Mash, has been acquired as part of an £11.2 million deal.

Polemos is spending £10m to buy Digitalbox Publishing which in turn has purchased Mashed Productions for £1.2m via an issue of 1.4m new shares and £1m in cash.

Daily Mash was co-founded by former Scotland-based newspaper journalists Neil Rafferty and Paul Stokes. Mr Rafferty, editor in chief, said the deal would give it access to greater expertise. There is a TV spin-off on BBC Two called the Mash Report

Digitalbox already owns the Entertainment Daily website, which offers celebrity news and show business gossip. Its chief executive James Carter said the acquisition of the Daily Mash, which was founded in 2007, was likely to be followed by other purchases as the firm pursued a “buy-and-build” strategy.

He said: “With 10 years of consistent audience growth under its belt and the Mash Report successfully airing on BBC Two, it is a brand with huge potential.

“We are very much looking forward to working with the team to help them grow.”

Mr Rafferty added: “This is a great opportunity for the Mash to build on what we have created so far. My co-founder, Paul Stokes, did an incredible job building a profitable business from the ground up.

“Being part of Digitalbox and accessing their commercial and technical expertise means we can keep building, while our fantastic team of writers continue to produce great content every day.”