Board role for unicorn creator 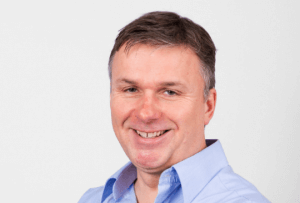 Online anti-counterfeit business SnapDragon has named a co-founder of one of Scotland’s most successful international companies as its chairman.

Gordon Craig, who created billing software firm Craneware with Keith Neilson in 1999, brings with him extensive international experience, having served as its chief technology officer for 16 years.

Craneware’s software is used by nearly a third of registered hospitals in the United States which accounts for almost all of its turnover. The company joined the Alternative Investment Market (AIM) of the London Stock Exchange in 2007, and is currently valued at  $930m (£720m), having hit a 12-month high of $987m (£763m), giving it unicorn status.

SnapDragon works with online marketplaces, such as Amazon, Alibaba and eBay, to remove infringing products which harm clients’ reputations and revenues and can be dangerous to customers.

Rachel Jones, founder and chief executive of SnapDragon, said: “Bringing Gordon on board is a real coup for us. The learning opportunities that his involvement presents are considerable and we’re all absolutely up for the challenge and the growth. Gordon’s work in America as president of Craneware’s US operations will be especially useful as we continue to build the SnapDragon team internationally.”

Mr Craig is also the chairman of wearable health technology company Snap40, having invested in the business last year as part of an $8m (£6m) seed funding round alongside Skyscanner founder Gareth Williams and Qasar Younis, founder of feedback platform TalkBin.

He said: “Like so many of the best technology companies, SnapDragon was born when an entrepreneur spotted a gap in the market. Rachel defended her own intellectual property against online pirates and realised that she could help other small businesses to do the same, assembling a team of talented linguists and harnessing smart technology.

“SnapDragon is already working with some of the biggest names in the business – from Amazon and eBay through to China’s Alibaba – and so it’s an exciting time for me to be taking a seat in the boardroom as chairman. I’m looking forward to working with the team to accelerate the company’s growth and to share my expertise, especially in the American market.”

Walker’s Shortbread in hands of next generation