Car parks a hit as source of long-term income stream Investors are pouring funds into car parks as they seek out stable long-term income, according to Knight Frank.

Located in Glasgow’s Merchant City, The Glasshouse sold for £8.9 million, representing a net-initial yield of 4.02%. The building is leased on a long-term contract to National Car Parks Limited (NCP) and consists of 515 spaces.

Also let to NCP on a long-term deal, Shiprow car park is part of the wider City Wharf mixed-use development in Aberdeen’s city centre and offers 386 spaces. It was purchased for £5.43m, with a net-initial yield of 4.75%.

The transactions follow the earlier acquisitions of the NCP Car Park on Mitchell Street and Q Park on Jamaica Street – in both cases Knight Frank acted for the purchasers. The assets sold for £10.62m and £11.45m, securing net initial yields of 4.42% and 4.64%, respectively.

John Rae, investment partner and head of office at Knight Frank Glasgow, said: “There’s a great deal of appetite for secure long-term income against the backdrop of an uncertain economic outlook. Car parks can offer that to investors with a blend of long leases, steady income, and strong covenants.

“Their growing popularity as an investment is reflected in the level of registered interest in the car parks we recently bought and sold, which either went to a competitive closing date or were secured off-market and completed very quickly.

“Depending on how the next few months pan out, we could see more activity for car parks and specialist property assets, as investors look to shelter their capital.” 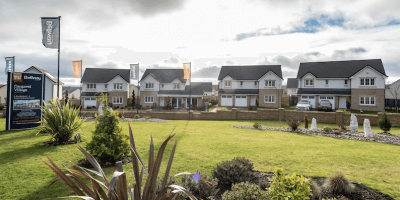