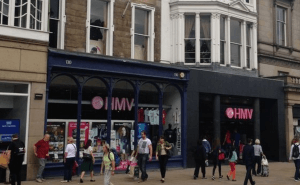 Music retailer HMV has received a rescue offer from Canada’s Sunrise Records on hopes that sales of CDs and a vinyl revival will continue to sustain the business.

HMV’s creditors welcomed the approach over interest from Sports Direct owner Mike Ashley who has also expressed an interest in the business, the Financial Times reports.

HMV collapsed in December for the second time in six years after suffering an “extremely weak” trading period over Christmas.

Hilco Capital, the fund that owns the business, appointed KPMG early last month to oversee the sale or closure of the company, which employs more than 2,000 people and contains the Scotland-based Fopp chain.

Sunrise, which was founded in Toronto in 1977, bought HMV’s Canadian business out of administration in 2017.

CD sales represent almost a quarter of UK music sales last year while 4.2m vinyl records were sold in 2018, the highest number since the 1990s. Some 12,000 albums were released on vinyl in 2018.