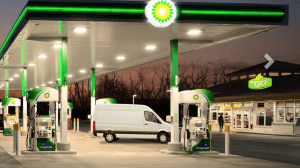 During 2018, it said Gulf of Mexico oil spill payments totalled $3.2bn. The firm says it intends to complete more than $10bn of sales over the next two years.

Chief executive Bob Dudley said: “We now have a powerful track record of safe and reliable performance, efficient execution and capital discipline. And we’re doing this while growing the business – bringing more high-quality projects online, expanding marketing in the Downstream and doing transformative deals such as BHP.

“Our strategy is clearly working and will serve the company and our shareholders well through the energy transition.”

John Moore, Senior Investment Manager at Brewin Dolphin, said: “Despite a volatile oil price at the tail end of last year, BP more than doubled profits in 2018 as it showed cost, capital, and operational discipline across its businesses.

“The company is aware of the changing energy landscape and is active in responding to that by going through significant internal changes, in addition to external moves such as its deal to purchase BHP Billiton’s shale gas assets.

“While small at this stage, the acquisition of electric vehicle charging company, Chargemaster, also offers a foothold in the electric car future. 2019 may well be a year of further oil price volatility and additional industry change.

“However, the company has shown a great deal of resilience and an ability to adapt to a rapidly changing energy landscape, which leaves it well placed.”

Canadian music retailer Sunrise Records & Entertainment, has confirmed that it will acquire 100 HMV stores across the UK, and that 1,487 store and head office employees will transfer as part of the transaction.

The stores will continue to trade as HMV, with four stores continuing to trade as Fopp, the chain that was launched in Scotland subsequently acquired by HMV.

However, 27 HMV and Fopp stores, including the HMVs in Ayr and Glasgow Braehead and the Fopp store in Glasgow’s west end, will close and 700 jobs in total will be lost.

Sunrise boss Doug Putman said: “We know the physical media business is here to stay and we greatly appreciate all the support from the suppliers, landlords, employees and most importantly our customers.”

He said his firm took over about 80 HMV stores in Canada a few years back and they are “doing well”.

Comment: Why Scotland’s Fopp could help influence change at HMV