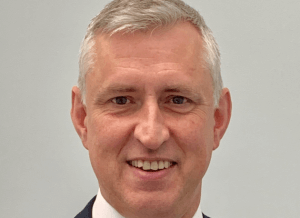 Law firm, Addleshaw Goddard, is strengthening its Aberdeen energy team with the appointment of David McEwing as partner.

Mr McEwing, who joins the firm from Pinsent Masons, has more than 25 years’ experience in the sector.

Qualifying in 1992, he joined Pinsent Mason’s Aberdeen energy team in 2010, and was also a course convenor at the University of Aberdeen for 25 years. He was named in Legal 500 UK’s Corporate and Commercial rankings in 2018.

Mr McEwing’s appointment follows a strong year for the Aberdeen office, with a significant number of new clients in the oil and gas and digital sectors, including advising the shareholders of Ecosse Subsea.

David Kirchin, partner and head of corporate in Scotland, said: “David is a strong addition to the team, bringing with him a wealth of technical expertise and an extensive knowledge of the local market, as well as being a well-known figure in the industry.

“His appointment marks part of our wider strategy to better serve businesses in the energy sector and the north east of Scotland, in their regional, national and international operations.”