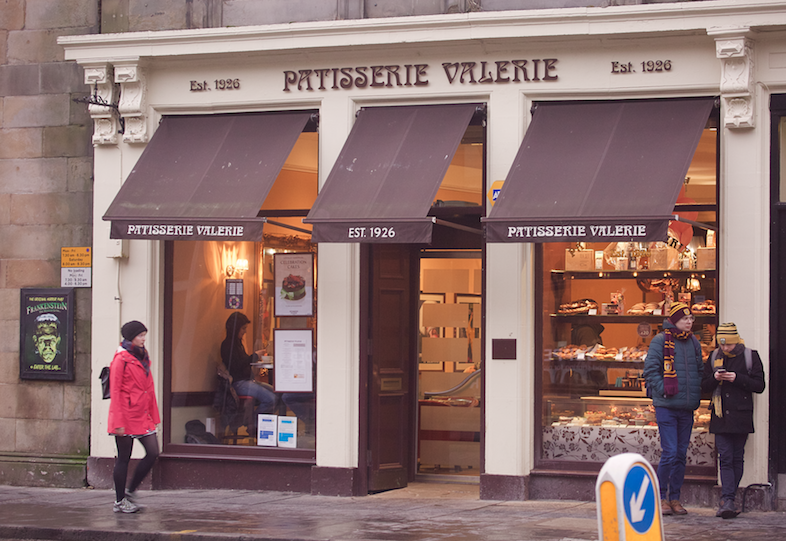 Patisserie Valerie in Edinburgh: the chain found a black hole in its accounts (pic: Terry Murden)

Grant Thornton’s chief executive admitted to MPs yesterday that auditors do not look for fraud, as audits solely look to the past and are not set up to detect fraud.

David Dunckley was being quizzed abut the collapse of Patisserie Holdings which went into administration after a £40m black hole was found in its accounts.

Speaking at a hearing of the Business, Energy and Industrial Strategy Committee (BEIS) Mr Dunckley said, “I can’t talk about Patisserie Valerie because there is a live investigation, which we’re co-operating with.

“But there is a clear expectation gap, and audit fundamentally gives a reasonable opinion on historic information and doesn’t look for fraud.”

He added: “We’re not looking for fraud or the future or giving a statement that the accounts are correct.”

However, Rachel Reeves, BEIS committee chairwoman said: “In a shop that sells teas and cakes you’d think that sort of thing might be spotted. It’s not a multi-national complex organisation.”

Patisserie Valerie said earlier this month that the black hole had been caused by thousands of financial misstatements. It entered administration last week, and is currently battling to keep stores open. Several shareholders have expressed interest in legal action against the chain.

The discussion on the audit expectations gap is a key focus of a new report into the sector, launched by the government last month and headed up by Sir Donald Brydon, chairman of the London Stock Exchange.