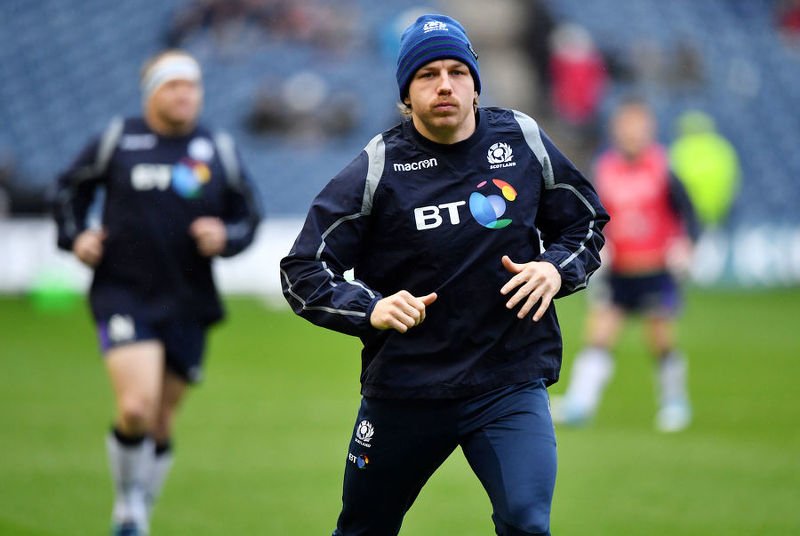 Scotland’s Six Nations hopes have suffered a significant blow with the news that Hamish Watson has dropped out of the squad with a suspected broken hand.

The flanker was injured in Edinburgh’s Champions Cup victory over Montpellier at Murrayfield and now faces the prospect of a prolonged period on the sidelines.

Watson would have been one of the first names down on Gregor Townsend’s starting XV for the Guinness Six Nations opener against Italy on 2 February and the 27-year-old’s injury is a real setback for the head coach, who has a number of other problems to contend with ahead of the next month’s curtain-raiser after the weekend’s action.

Townsend has called up uncapped back-row pair Luke Crosbie and Matt Smith, with centre Alex Dunbar and lock Rob Harley also being added to the squad as cover.

Scotland kick-off their Six Nations championship against the Italians in Edinburgh before welcoming Ireland to the capital seven days later. A trip to Paris to take on France on 23 February is followed by Wales at Murrayfield on 9 March before their final match against England at Twickenham on 16 March.

Meanwhile, Edinburgh will face a home tie against Munster in the quarter-finals of the Heineken Champions Cup, while Glasgow will again travel to Allianz Park to tackle Saracens in their last-eight showdown.

It’s the first time both clubs have reached this stage of Europe’s elite championship in the same season.