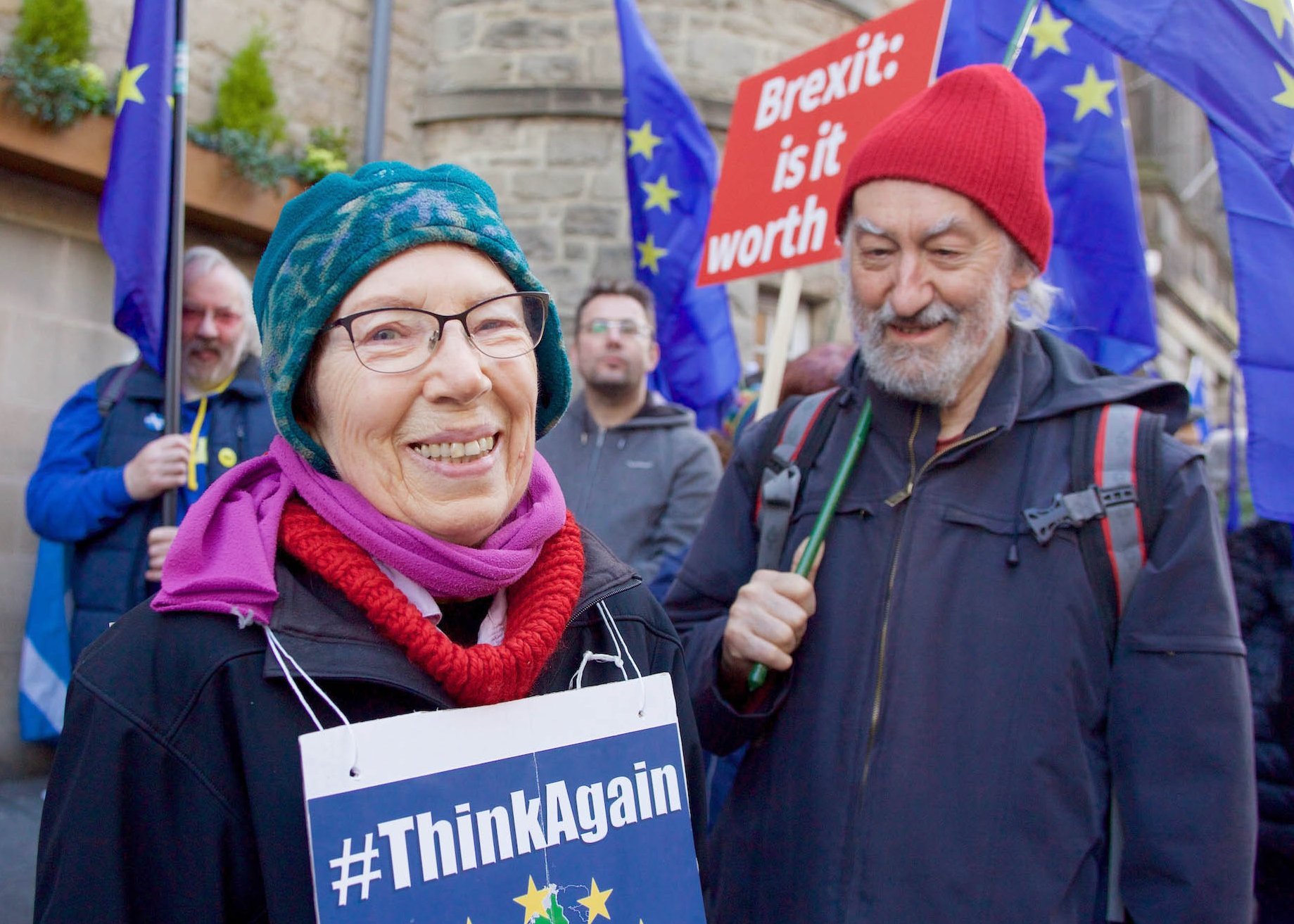 British voters increasingly identify themselves by where they stand on Brexit rather than on party lines, a new academic report finds.

Only one in 16 people did not have a Brexit identity, while more than one in five said they had no party identity.

The trend emerges in Sir John Curtice’s latest analysis which finds there has been no decisive shift in favour of another referendum on Britain leaving the EU.

The report, Brexit and public opinion 2019, by The UK in a Changing Europe, reveals that by mid-2018, only just over 6% of respondents to the British Election study did not identify with either Leave or Remain.

Those seeing themselves predominately as Scottish or Irish are more inclined to support Remain while among those who describe themselves as English not British, there is strong support, not only, for Brexit but for a ‘hard’ Brexit.

Polls show that 4% think that no deal means a reversion to the status quo, while 8% think that ‘nothing important would really change’ if the UK left the EU without a deal.

Professor Anand Menon, director of The UK in a Changing Europe, said: “This report highlights the fundamental divisions Brexit has created, and in some cases exacerbated, in British society. New Brexit identities have emerged, which seem to be stronger than party identities. Divisions are also clear on national lines, as well as between MPs and their respective party members.”

The 58 page report is written by 34 academics and is the most comprehensive and authoritative analysis of Brexit and public opinion to date. It analyses emerging Brexit identities and what voters want from Brexit.

Most of the academics who contributed to the report are part of The UK in a Changing Europe, including: John Curtice, Sara Hobolt, Rob Ford, Anand Menon and Alan Wager.