Threefold rise in fintech firms now based in Scotland 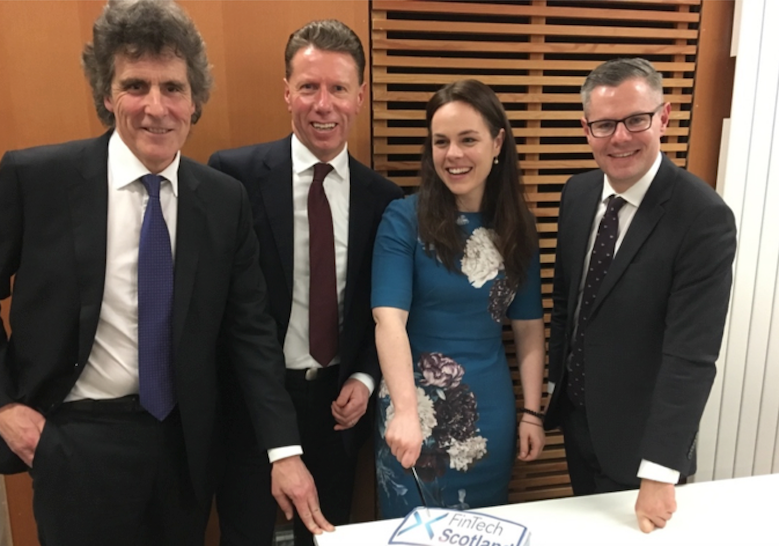 Scotland has enjoyed a threefold increase in the number of companies in the fintech sector in the 12 months since an initiative was launched to boost activity.

There are now 80 fintech firms in Scotland which remains on course to move into the top tier of European financial technology hubs.

The announcement comes on the first anniversary of Fintech Scotland which was set up as a collaboration between the university of Edinburgh, the Scottish Government and a number of financial firms.

Growth has been driven by new start-ups and existing fintech firms moving to Scotland. In addition, the number has also been bolstered by early stage Scottish technology firms expanding their proposition into financial services.

Since its inception FinTech Scotland has facilitated the growing fintech innovation by fostering the connection between entrepreneurs, large financial services firms, the universities, Government and public sector as well as a range of strategic stakeholders.

It has attracted a number of blue chip firms as strategic partners, including Prudential, Deloitte, IBM and Equifax, Pinsent Masons, Dentsu Aegis Network and Sopra Steria.

Among the fintech companies now established in Scotland are Nucleus Financial, the wrap platform which floated last year; ID Co, which is pioneering open banking software designed to protect data and identity; Asura Financial Technologies (AFT),  which provides cost-saving software solutions to stockbrokers and wealth managers; and Beeks Financial, a cloud computing firm for the financial markets which floated at the end of 2017. 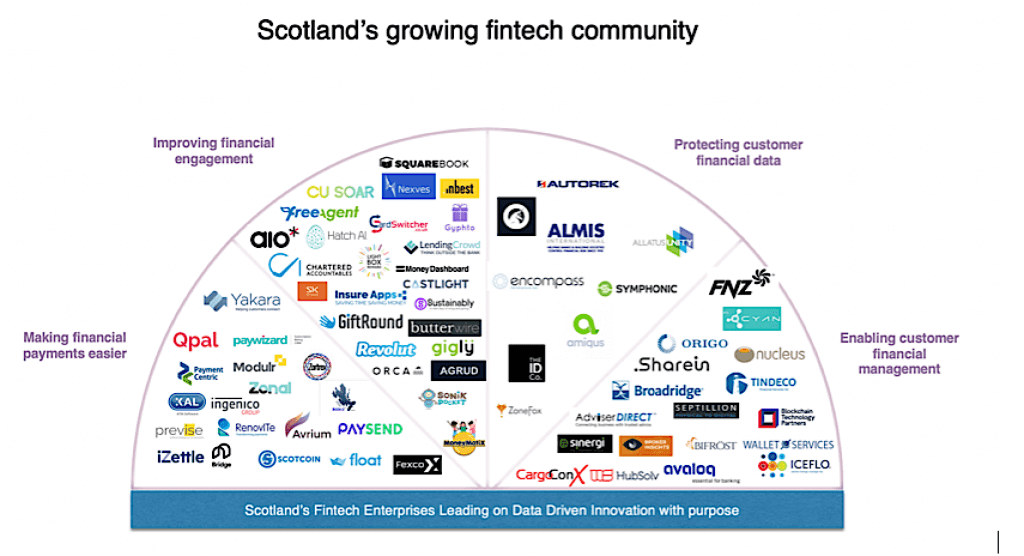 “With Stephen Ingledew [CEO] at the helm, FinTech Scotland has galvanised collaboration between Scotland’s universities, financial industry and public sector. Together, we are building Scotland’s reputation as a major global FinTech centre. I personally commend FinTech Scotland for their hard work last year and their vision for the future.”

Mr Ingledew, chief executive of Fintech Scotland, said: “It has been a privilege over this last twelve months to lead the FinTech Scotland team and galvanise the broad range of support from across Scotland to support the growth of innovative fintech enterprises in this last year.

“Our progressive, collaborative and inclusive agenda is certainly establishing Scotland as a major global fintech centre which can contribute to Scotland’s economic and social ambitions.

“One year on there is still much to do but with a very supportive board and strategic partners plus a range of stakeholders from private sector, Government and academia actively participating we can achieve the top ranking global fintech status “

Graeme Jones, Scottish Financial Enterprise chief executive, said: “FinTech Scotland has made a significant impact over the past 12 months by raising awareness of Scotland’s fintech capabilities and the opportunities available for new and existing businesses.

“Scotland’s financial services industry has always been at the forefront of innovation and I’m pleased to see this momentum continue.  SFE and our members will continue to work collaboratively to support Stephen and his team as they strive to make Scotland a global fintech leader.”

The first anniversary was recognised at the Financial Services Advisory Board (FiSAB) meeting held at the University of Edinburgh, one of the founding partners of FinTech Scotland.

Daily Business was the first media to interview Stephen Ingledew