STV and Sky agree deal for VOD and regional screenings 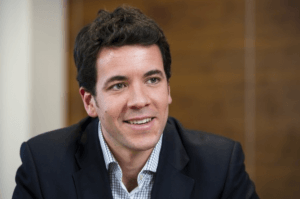 STV and Sky have announced a five-year strategic partnership which will give Sky customers in Scotland access to STV player and STV’s regionalised programmes in full HD on their set top boxes for the first time.

Sky customers in STV’s broadcast licence areas will be able to catch up on STV programmes on Sky Q and Sky+ set top boxes, as well as mobile devices via streaming and offline viewing. The STV Player will be available in the second half of 2019.

As part of the deal, all four STV regions will launch in HD to create the first fully regionalised PSB HD service on Sky, giving Sky customers across Scotland access to regional STV programming including STV News at Six. The new HD variants are expected to launch in the first half of 2019.

This new partnership enhances an already strong relationship between the two broadcasters, with STV Player already available on Sky’s NOW TV. Additionally, the deal will support future functionality, including cloud recording and restart, and IP delivery.

Simon Pitts, CEO of STV (pictured), said: “We’re delighted to be strengthening our partnership with Sky, which will give Sky viewers across Scotland even better access to STV’s hit shows whenever and wherever they want them.”

Stephen van Rooyen, CEO UK & Ireland, Sky, said: “This partnership with STV will bring even more great content to Sky customers across Scotland, as well as enabling us to collaborate and launch the first fully regionalised HD service from a public service broadcaster.”