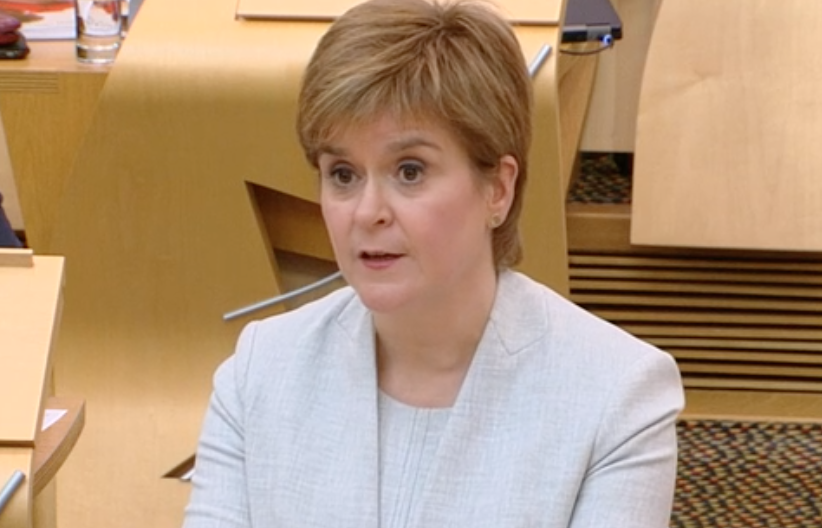 Nicola Sturgeon is facing misconduct allegations and pressure to refer herself to Scotland’s ethics watchdog over the Alex Salmond sexual harassment allegations.

The First Minister and SNP leader was forced to defend herself over claims from Labour leader Richard Leonard that she may have broken ministerial rules.

She admitted she had taken more than two months to tell civil servants that she was being lobbied by Mr Salmond over the inquiry, and that she had discussed the case with him on five occasions.

Addressing Ms Sturgeon in the Holyrood parliament, Mr Leonard said: “First minister, that was a grave error of judgment but it was also a clear potential breach of the ministerial code of conduct.

“After the events of this week, people need to have trust and confidence in the system and that’s why the first minister herself should back a full parliamentary inquiry.”

Mr Leonard has written to Ms Sturgeon urging her to refer herself to an independent panel.

Ms Sturgeon insisted she met Mr Salmond “in my role as party leader” not First Minister. Chief of staff Liz Lloyd was present at a meeting at Ms Sturgeon’s home in Glasgow in April, when Mr Salmond first told her he was being investigated by civil servants. He denies the allegations against him.

Ms Sturgeon admitted she did not record any details, which she should have been done in accordance with the ministerial code.

The Scottish government later confirmed that she “would consider any request made to make a referral to the panel of advisers on the ministerial code and the government would, as always, co-operate with any parliamentary inquiry”.

During First Minister’s questions Ms Sturgeon insisted the government would answer any questions and release any documents sought by a Holyrood inquiry.

“I am satisfied that I conducted myself appropriately in line with all the rules and parliament of course will perform its scrutiny role in the best way it considers necessary,” she said.

Opposition parties are now raising questions over the role of Ms Sturgeon’s close advisers and her husband, Peter Murrell, the Scottish National party’s chief executive. There is pressure on Holyrood to launch its own investigation into the affair.

Ms Sturgeon told reporters that her husband was aware that Salmond and she were meeting at their family home in Glasgow but she claimed he was not told about the subject of the conversation. She then met Salmond a second time at her home, on 14 July. They then had a final phone conversation on 18 July – the last time the two had spoken. 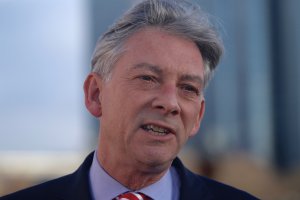 Jackson Carlaw, the acting leader of the Scottish Tories, said: “The first minister has shown an astounding lapse in judgment on more than one occasion.”

Earlier this week the former SNP leader won his judicial review against the Scottish Government after a judge ruled its investigation had been “procedurally unfair” and “tainted with apparent bias”.

The Court of Session in Edinburgh heard that the official appointed to investigate the complaints by two women against Mr Salmond, which he denies, had already been in contact with them before.